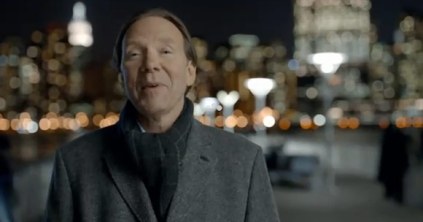 Sprint CEO Dan Hesse has been railing loudly against AT&T’s $39 billion purchase of T-Mobile since the deal was announced. Now we have a closer look at Hesse’s concerted effort to kill the deal, thanks to a Bloomberg report.

The CEO has taken to planning against the merger in a secure White Room, which only he has access to. His “nukes” — or tactics to shoot down the merger — are marked down in red, blue and green ink on the dry-erase boards that line three walls of the room. If you think this sounds like a war room, you’re likely not far off. Sprint’s very future depends on scuttling the T-Mobile merger. That much has become abundantly clear to Hesse over the last few months.

“Clearly, purely, we want to win and block the merger,” Hesse told Bloomberg at the company’s headquarters in Overland Park, Kansas. “This one poses real risks.”

The big problem, according to Hesse, is that the merger will give AT&T and Verizon a stranglehold on the cellular market in America. “The industry just won’t be as innovative and as dynamic as it has been,” he said. “It’ll gum up the works when everything has to go through these two big tollbooths, one that’s called AT&T and one that’s called Verizon.”

If the AT&T and T-Mobile merger meets regulatory approval, Sprint will have a hard time competing against the combined company and Verizon when it comes to pricing and snagging the hottest new phones. AT&T, of course, argues that the merger will benefit consumers since it will be able to provide better service. Others like Microsoft, Facebook and certain VC firms have also written letters to the FCC supporting the merger.

Hesse has spent considerable effort over the last few months trying to keep the merger from going through, according to the Bloomberg report: “He tripled the amount of time he’s spending on government affairs, testifying before Congress and making regular trips to Washington. Sprint is organizing industry opposition and filed a 377-page dissent with the Federal Communications Commission. The company even tapped its own engineers to show AT&T how to get more capacity from its wireless network so it wouldn’t need to buy T-Mobile.”

Additionally, Hesse is trying to get other technology CEOs and state regulators on his side and has some other, secret tactics he has yet to reveal. The company is being outspent by AT&T in Washington by more than 12-to-1, so Hesse needs regulator support to pick up the slack. Sprint’s political action committee contributed just $257,500 on federal candidates in 2009 and 2010, AT&T on the other hand contributed $3.26 million, according to the Center for Responsive Politics.

Sprint was already in trouble even before the AT&T/T-Mobile merger was proposed. The carrier has some 50 million contract customers, about half the numbers AT&T and Verizon have individually. It’s also been losing contract customers consistently in 14 of the last 15 quarters. The company hasn’t seen a profit since the third quarter of 2007.

Should the merger go through, Sprint likely won’t last very long on its own. At that point, it could get snapped up by Verizon, although that raises even greater regulatory concerns. Perhaps federal regulators will take that possible future into account when it’s weighing the AT&T/T-Mobile deal — but there’s little chance of that happening. It would be difficult to argue that Verizon would definitely end up buying Sprint if the T-Mobile merger occurs.

Right now, it seems more likely that the T-Mobile purchase will be approved. By this time next year, Sprint will likely be facing some tough questions about its future.