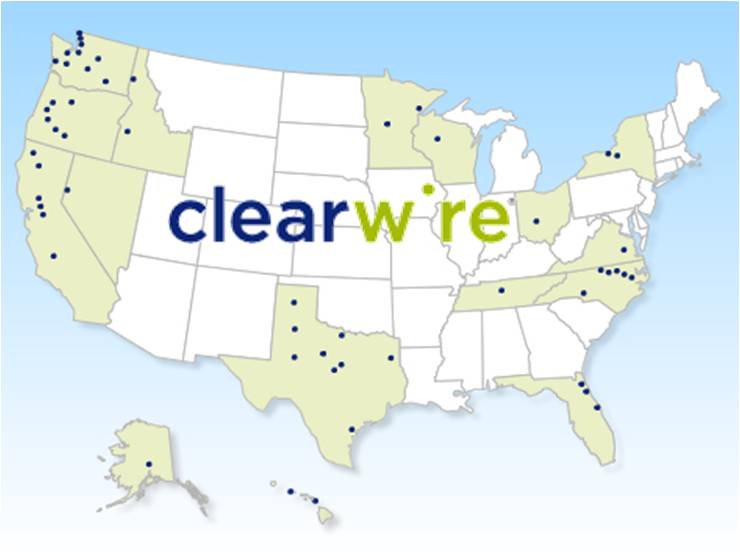 Sprint has purchased majority interest in wireless broadband company Clearwire  from one of its largest shareholders, the company said today.

Last year, Sprint agreed to pay $1.6 billion to Clearwire in exchange for unlimited access to Clearwire’s WiMax wireless network, which is noticeably slower and much harder to upgrade than the LTE networks of competing carriers AT&T and Verizon. The move will allow investors (including Sprint) to breathe a sigh of relief that the company will no longer need to declare bankruptcy due to a lack of cash on hand to run the business.

Still, back in June, Sprint didn’t seem interested in obtaining more of Clearwire. It sold off a stake in the company and gave up its majority voting rights.

It’s widely expected that Sprint will assume at least partial control over the company, giving it unlimited access to Clearwire’s wireless network.

The Clearwire deal comes a week after Japanese wireless carrier Softbank acquired a 70 percent stake in Sprint for $20.1 billion. Now, rival U.S. carrier AT&T is sounding alarms over both deals.

“Softbank’s acquisition of Sprint and the control it gains over Clearwire will give one of Japan’s largest wireless companies control of significantly more U.S. wireless spectrum than any other company,” said AT&T Vice President Brad Burns in a statement to The Hill. “We expect that fact and others will be fully explored in the regulatory review process. This is one more example of a very dynamic and competitive U.S. wireless marketplace, which is an important fact for U.S. regulators to recognize.”

I’m assuming that AT&T is taking issue over the fact that Softbank is a foreign company, and would own more wireless spectrum than any other foreign company. I’m not sure how this point is valid though, because it would be true regardless of Sprint’s deal with Clearwire. Also, the country’s fourth largest carrier, T-Mobile, is also owned by Germany-based Deutsche Telekom, which just completed a merger with Metro PCS to become even larger.