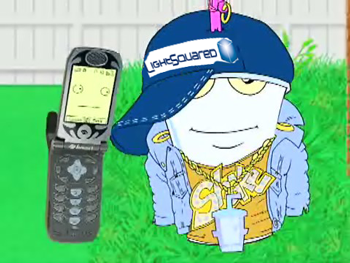 LightSquared has confirmed today that the company has entered a 15-year deal with Sprint to provide high-speed wireless service for the carrier’s 4G LTE network, reports Bloomberg.

The news comes on the heals of an announcement last week that government agencies had completed tests showing that LightSquared’s 4G LTE network interferes with GPS signals, affecting aircraft and automobile navigation systems and emergency response services like OnStar. Fixing the problems will likely take several years and will cost a significant amount of money.

Terms of the Sprint deal state that the companies will jointly develop, deploy and operate LightSquared’s 4G LTE network — making Sprint one of LightSquared’s largest customers along with Best Buy, Leap, Cellular South and SI Wireless.

It’s unknown if LightSquared’s GPS interference problems will affect how much money Sprint expects to receive from the deal, which has previously been reported to be as much as $20 billion over 15-years.

Sprint will soon become a distant third among the major wireless carriers below Verizon and AT&T, which is awaiting approval of its merger with T-Mobile by regulators. Sprint desperately needs to improve its high-speed network to remain competitive, which is likely the biggest incentive for closing a deal with LightSquared.

Sprint was also in talks with ClearWire, which powers Sprint’s 4G WiMax network, for a deal similar to the one its making with LightSquared, according to Bloomberg.

ClearWire’s network doesn’t have interference problems. However, the company could have decided it has a better chance of success with a broken 4G LTE network than it does with a much less impressive 4G WiMax network.

Reston, Virginia-based LightSquared expects to launch its wholesale mobile broadband services to customers in the first half 2012, according to the company’s website.