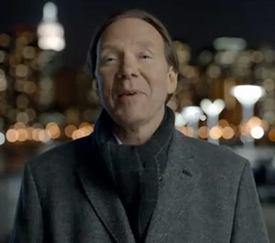 “Sprint opposes AT&T’s proposed takeover of T-Mobile,” Susan Z. Haller, Sprint litigation VP, said in a statement. “With today’s legal action, we are continuing that advocacy on behalf of consumers and competition, and expect to contribute our expertise and resources in proving that the proposed transaction is illegal.”

Sprint has arguably been the loudest critic of the AT&T/T-Mobile deal because it would leave substantially less competition in the not-that-big U.S. mobile carrier space. Sprint CEO Dan Hesse (pictured) has said in the past that merger poses “real risks” and that Sprint would try to block it.

If the deal goes through, Sprint’s position in the market will become more marginalized. At present, there are four major carriers, with Verizon at No. 1, AT&T at No. 2, Sprint at No. 3 and T-Mobile at No. 4. If AT&T and T-Mobile customers are combined, AT&T becomes No. 1, Verizon takes second and Sprint becomes far and away the smallest major carrier.

It appears Sprint was emboldened by the Department of Justice’s lawsuit and wants to make sure AT&T and T-Mobile parent Deutsche Telekom have to jump through as many hoops as possible if it wants the merger to succeed. The government and Sprint’s lawsuits will act as major hurdles, but AT&T could still win if it is able to convince regulators that the deal will not harm consumer choices.

Update: AT&T has sent us its own statement concerning Sprint’s lawsuit. Read the full statement below:

This simply demonstrates what we’ve said all along – Sprint is more interested in protecting itself than it is in promoting competition that benefits consumers. We of course will vigorously contest this matter in court as AT&T’s merger with T-Mobile USA will: help solve our nation’s spectrum exhaust situation and improve wireless service for millions; allow AT&T to expand 4G LTE mobile broadband to another 55 million Americans, or 97% of the population; and result in billions of additional investment and tens of thousands of jobs, at a time when our nation needs them most.