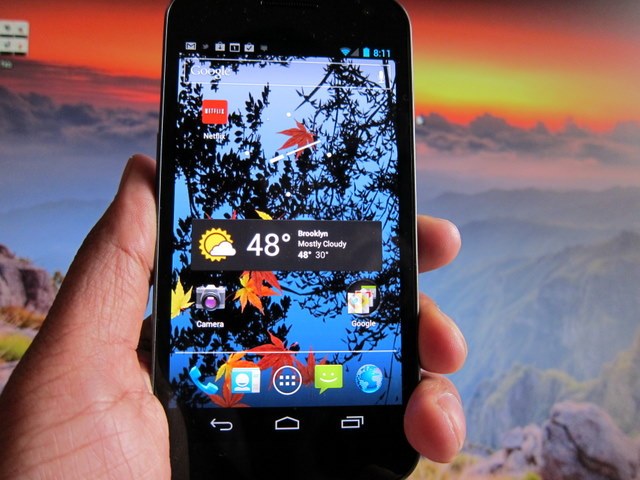 Sprint still hasn’t rolled out its LTE 4G network,  but that’s not stopping the company from announcing new LTE phones. Next up for Sprint is the Galaxy Nexus, the latest flagship Google Phone, which will launch on April 22 for $200 with a two-year contract.

Notably, that’s $100 less than Verizon is charging for the Galaxy Nexus (then again, at least Verizon has a LTE network in place). Sprint is also trying to woo customers into using Google Wallet by placing $50 into your Wallet account when you active the phone by May 22. Google already offers $10 of instant credit to new Google Wallet customers, so Sprint is just topping off that amount with another $40.

Back in January, Sprint mistakenly ran ads on popular tech sites revealing the Galaxy Nexus as its first LTE phone. But since then, the carrier has announced the Evo One 4G (coming May 7) and the LG Viper, which launches the same day as the Galaxy Nexus. The Nexus is a fine phone, but at this point I’d recommend holding out for the Evo One and its sexy new camera technology.

It looks like Sprint’s Galaxy Nexus is the same as Verizon’s, with a 1.2 gigahertz dual-core processor, 5 megapixel camera, and 32 gigabytes of on-board storage. And, as is typical for the Nexus line, it runs an untainted version of Android 4.0 Ice Cream Sandwich.