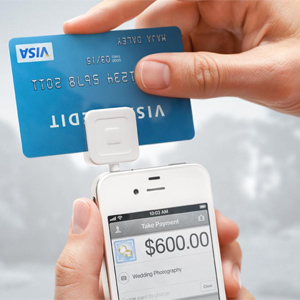 Mobile payments startup Square on Monday launched a new version of its iOS app that speeds up purchases and no longer requires signatures for payments under $25. The company also officially launched its Card Case app for customers who use Square merchants.

The new apps announcement adds to a long list of headlines Square has made lately as a serious disruptor in mobile payments. In late June, the company raised a reported $100 million with a $1 billion valuation. Since it started, Square has shipped more than 500,000 of its credit card readers to vendors to process on-the-go transactions. The company is now responsible for more than $3 million in transactions a day.

Square was also in the news recently when hackers revealed its software made it easy to commit credit card fraud. The company responded to the reports by saying it actively guarded against fraud like all other credit card processors.

Square’s upgraded iOS application speeds up payments by removing several screens from the transaction process. Not only does it take away the requirement for signatures on purchases under $25, but it also improves the tipping interface to make it easier. The updated app adds the option to sell items that cost $0.00 in case a merchant wants to give away an item while still marking a transaction.

The company launched its Card Case app for customers who frequently visit merchants that use Square’s technology. The application makes it possible for shoppers to browse daily menus, store digital receipts, and pay by saying their name. A peek at the slick new app can be seen below.