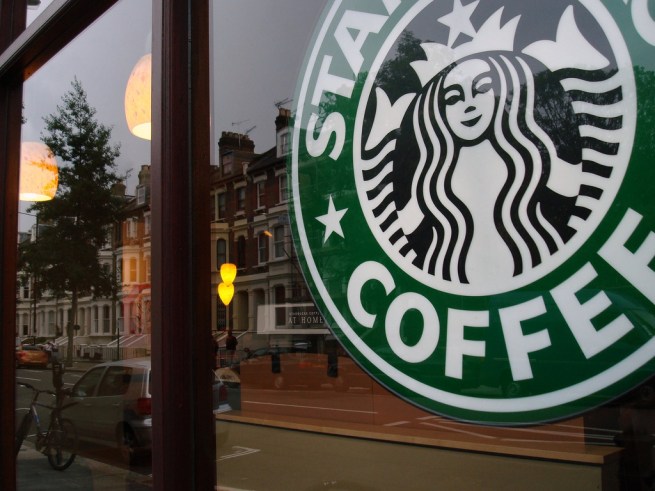 Starbucks, the unlikely leader in the mobile payments space, is hoping to make its popular in-app, 2-D barcode payment system further entrenched in the U.S. and abroad with its first major refresh to the Starbucks for Android application since its debut 13 months ago. 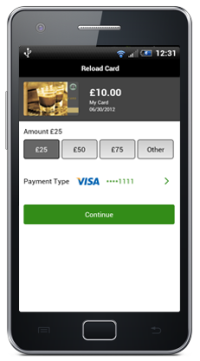 The coffee company has today released a new version of Starbucks for Android that brings mobile pay functionality to customers in the UK and Canada. The Starbucks for Android app has also been completely reworked with a new code base, a fresh design, and additional features that make it almost as functional as the company’s flagship application for iPhone.

“Setting the stage for the future around having a robust application for Android and iOS excites us for what’s to come,” Starbucks chief digital officer Adam Brotman told VentureBeat of the implications of the release. “You can expect a more rapid pace of releases and innovation on all mobile platforms from now on.”

With the refresh, the Android application, as Brotman insinuated, finally offers Android users an experience that’s mostly on par with what the company offers its customers on iPhone. Part of the reason for the lag in delivering the same features to Android users, said Brotman, was that Starbucks needed to push out the new architecture and design, a complicated undertaking. 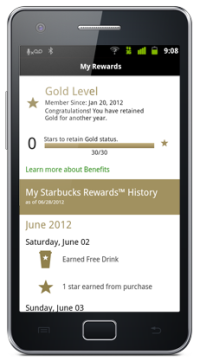 New to the Android app are enhanced loyalty and payment features already available on iPhone. Specifically, Starbucks for Android now allows for card reload through PayPal, includes a rewards history dashboard, and comes with a pin code option for protecting your digital Starbucks card. The app also carries with it an Android-only homescreen widget with card balance and star count (every 15 stars equates to a free drink card) indicators, and a touch-to-pay icon.

Even more significant, however, is that Starbucks, a company with Trenta-sized tech ambitions, has created for itself, by making the Android app available to UK and Canada customers, another new channel to extend its lead in the mobile wallet market. Wednesday’s release signals Starbucks’ ongoing desire to make its mobile payments program available globally. The company would not reveal specific launch plans but said that it is actively exploring expansion opportunities in roughly a dozen countries.

Just how well the 2-D barcode payments system is faring in the UK and Canada, where its been available to Starbucks for iPhone users since January of this year, is still unknown. Starbucks would release a combined U.S., UK, and Canada mobile payment figure at a later date, Brotman said.