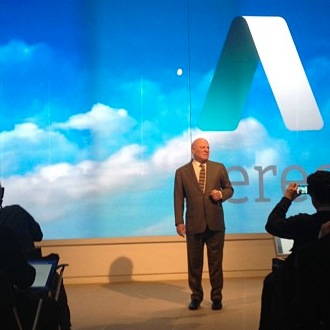 Incumbent industries have a history of challenging new technologies that disrupt the established way they do business. For example, AT&T sued to keep everything from the answering machine to the Hush-A-Phone out of the market. Yesterday’s news that all the major TV networks are filing suit against streaming TV service Aereo is the latest in a long line of battles about how technology evolves. And Aereo, which recently raised $25 million from backers that include billionaire Barry Diller’s IAC, is ready for a war.

Aereo responded to the lawsuits in a statement this morning:

Today, two groups of broadcasters filed two separate federal lawsuits against Aereo in the Southern District of New York claiming that Aereo will infringe their copyrights by making available technology which enables consumers to access broadcast television via a remote antenna and DVR.  Aereo does not believe that the broadcasters’ position has any merit and it very much looks forward to a full and fair airing of the issues.

Consumers are legally entitled to access broadcast television via an antenna and they are entitled to record television content for their personal use. Innovations in technology over time, from digital signals to Digital Video Recorders (“DVRs”), have made access to television easier and better for consumers.   Aereo provides technology that enables consumers to use their cloud DVR and their remote antenna to record and watch the broadcast television signal to which they are entitled anywhere they are, whether on a phone, a tablet, a television or a laptop.  Aereo looks forward to its upcoming product launch as well as a prompt resolution of these cases.

The approach is similar to that of streaming service Zediva, which owned physical DVDs and players, but streamed the content to users. Zediva was shut down by a federal court last summer. Another service, Ivi TV, tried to do exactly what Aereo is doing, rebroadcasting network TV as a web stream, and was also shut down by the courts. Legal precedent, it seems, is not on Aereo’s side.

The Copyright Act authorizes secondary transmissions of copyrighted works when the party doing the re-transmission pays appropriate licensing fees. But it’s unclear who sets those fees in the new world of streaming video online.