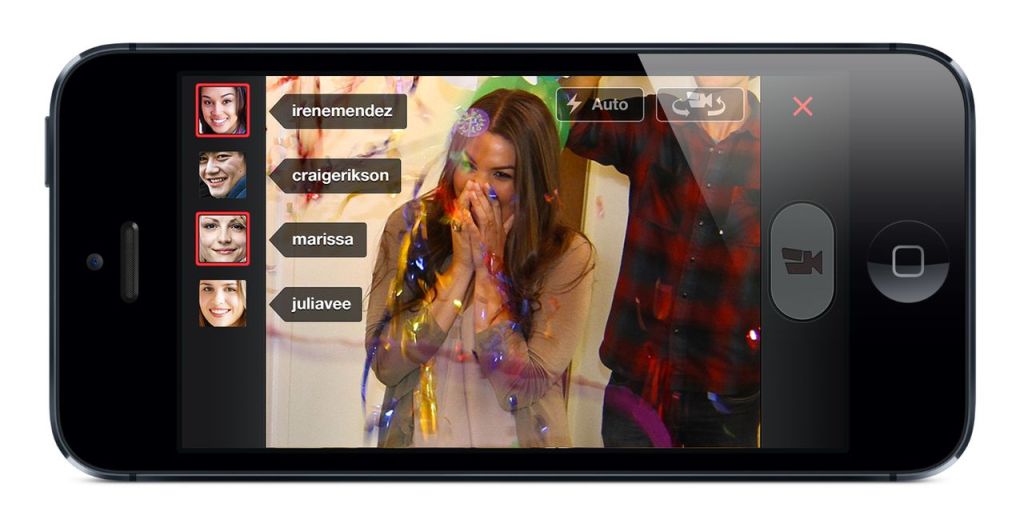 Social video startup Streamweaver released a major update to its free  iOS app today that makes it even easier for people to record a single video using the combined angles from each iOS device’s camera.

Streamweaver makes video recording a collaborative process that’s similar in scope to a broadcast news team. But instead of using 2-4 cameramen shooting a different angle, Streamweaver uses people with iPhones to sync up when recording 60 seconds of a specific event at the same time — thus eliminating the laborious and time-intensive process of video editing. Once the recording is finished, each iPhone user’s camera angle can be customized into various split-screen views within seconds. The service should prove pretty useful for capturing sporting events, concerts, and other performances.

The startup initially launched a beta version of the app back in September 2012, which was entirely devoted to the multi-camera recording functionality via iOS devices. The recent update, however, really builds out Streamweaver as a fully functional social network. Both the app and the newly launched desktop website allow you to access a feed of popular videos created by other users, a timeline of all your previously created videos, user profiles and the ability to edit videos from the desktop. But one of the bigger changes is a new location-based, simplified method of connecting with other users to record a multi-angle video. Basically, you’ll be able to connect whenever friends or family are within proximity to you rather than having to accept them.

“After listening to our base of users and looking at the process, we just decided that having Streamweaver sync automatically when you’re around other people just made more sense,” Streamweaver COO Jay Hake told VentureBeat. “It reduces the barrier to entry when you want to record a split-screen video.”

The presence of a full-fledged social network is a smart move for Streamweaver, which has plenty of competition from more popular social video apps like Viddy, Tout, and Klip. However, none of those services can offer the multi-angle/camera split-screen video functionality, which gives it an advantage. (The only social video service that offers a comparable split-screen experience is Vyclone.)

Hake said that the startup isn’t in a rush to add heavy integration with major social networks, specifically Facebook’s Open Graph. Yet, the updated app does include the ability to sync your Streamweaver account with YouTube, thus allowing your videos to gain traction virtually anywhere. Previously, the sharing functionality sent out a link to a webpage where the video was hosted.

Check out a few more screenshots of the new app below.