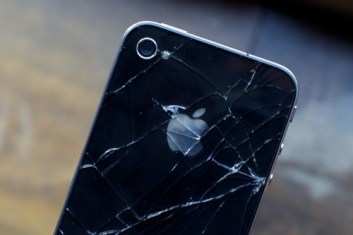 Brace yourselves for the “I told you so” response from critics of the iPhone 4’s glass back. Users are reporting 82 percent more screen breakage with the iPhone 4 than the iPhone 3G S, according to a study by device warranty firm SquareTrade.

The company looked at accident data for over 20,000 iPhone 4s, which is a decent enough sample to track potential trends. Overall, Square Trade notes that the reported accident rate for the iPhone 4 was 68 percent higher than with the 3G S. The firm predicts that around 15.5 percent of iPhone 4 owners will have an accident in their first year of ownership.

4.7% of iPhone 4 owners reported an accident to SquareTrade in the first 4 months of ownership, almost 70% higher than iPhone 3gs owners, 2.8% of whom had an accident over the same time period.

SquareTrade wasn’t able to confirm the “GlassGate” problem — which refers to debris getting stuck between slide-on iPhone 4 cases and the device’s rear, eventually leading to cracking and other damage on its glass back. But it does report that at least a quarter of broken glass claims involved the back screen (although most of those probably come from dropped phones).

The big takeaway from this study is that the iPhone 4 definitely seems more prone to damage than the 3G S. It also shows that Apple’s new aluminosilicate glass isn’t offering much more protection than previous models.