Microsoft announced the Surface Go less than a month ago, and it’s already landing in some 25 countries. Before you decide one way or the other, keep one thing in mind: This is the company’s most affordable computer yet — which also means it’s the one that comes with the most tradeoffs.

This is going to be a short review, as Microsoft only gave us a few days with the Surface Go. I suspect this won’t be the only thing we write about for the Surface Go (hint: remember to check my weekly column), but I did want to get some thoughts out today, given that August 2 is when sales officially open (preorders began last week, but shipments only started arriving this morning).

The Surface Go’s hardware is a mixed bag. Microsoft did plenty of good here, but it also made some decisions that may rub you the wrong way. 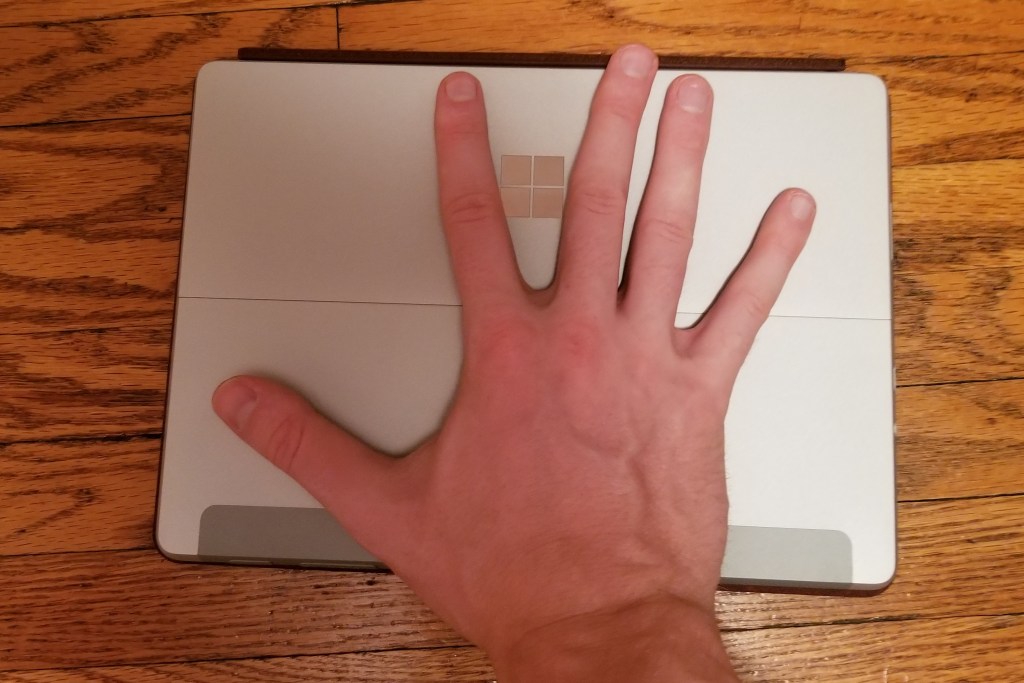 Let’s start with the screen. Microsoft made sure to give it a touchscreen, which all laptops should have. It’s very responsive, works with the Surface Pen just fine, and is plenty bright. The bezels are a bit big, although that’s expected given that this is a low-end device. And 10 inches is … well, for some it is perfect, but for most I think it will be too small.

This is most apparent in the keyboard — the small size simply doesn’t translate well here. Sure, the trackpad is impressively the same size as on the Surface Pro (the Go is really a shrunk-down Pro), but that actually makes it really hard to avoid when you’re typing. I have above-average sized hands, so it took a lot for me to get used to the cramped feeling (I typed this review on the Go, but I had to edit it on a real laptop). My girlfriend has tiny hands, and she immediately declared “What is this? A laptop for ants?” 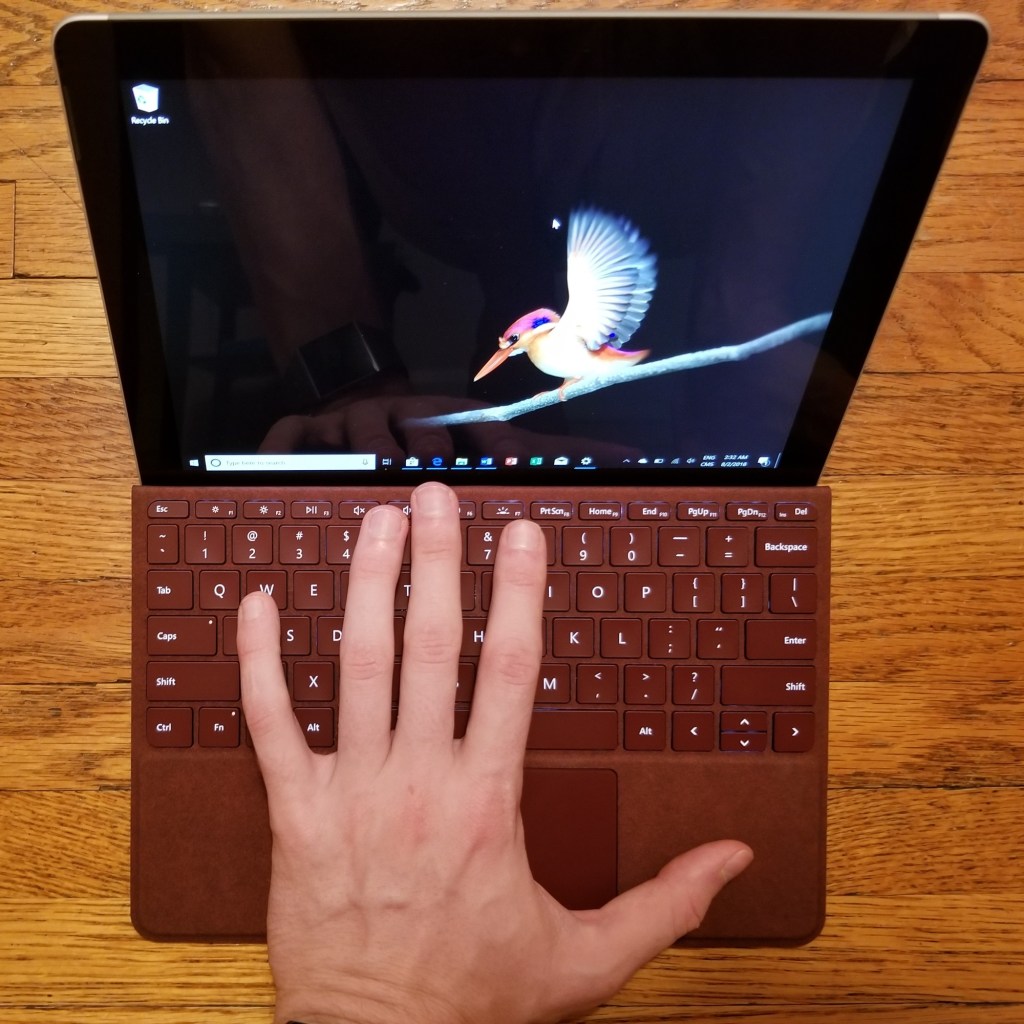 The Surface Go is perfectly capable, both because of, and despite, its size. The small form factor is something you are constantly reminded of. If you’ve always had reservations about small laptops and you’re intrigued by the Surface Go, make sure it’s not the only computer in your arsenal (remember, it doesn’t even have a single USB-A port).

Microsoft can be forgiven here because this form factor does bring plenty of advantages. The Surface Go is incredibly light (it weighs just over a pound), it is very portable (chances are it will fit into your purse), and honestly, it’s uh, cute. Plus, the company still managed to fit in a headphone jack, a USB-C port, and even a MicroSDXC card reader (behind the nifty kickstand).

Where I will be less forgiving, however, is about decisions like this: 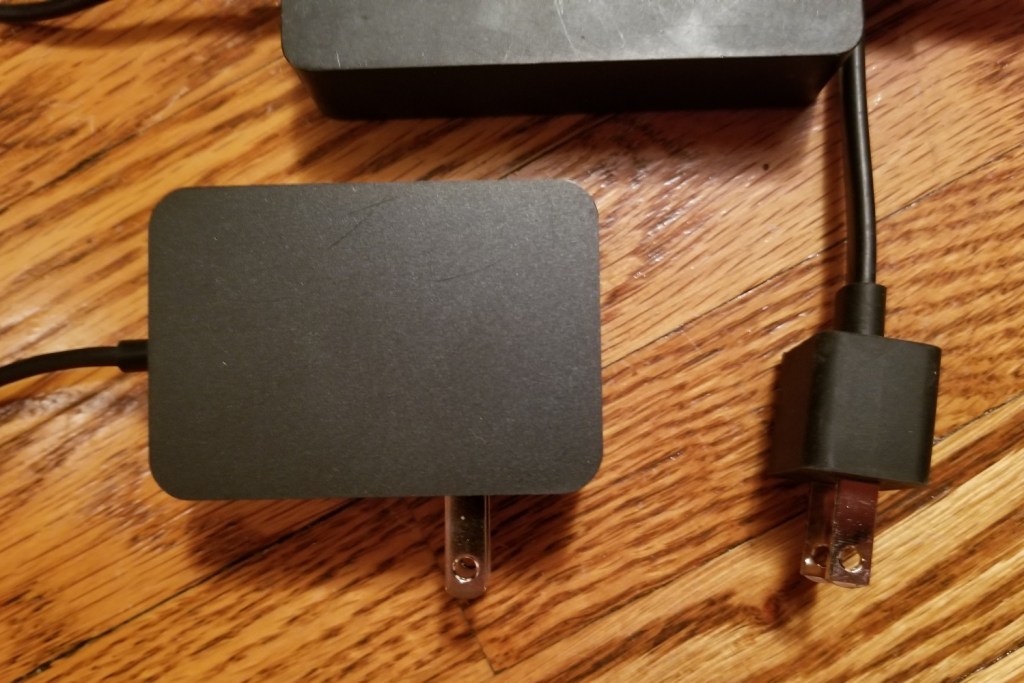 The Surface Go has a stupid power adapter (left). This is the type of power adapter that you quickly learn to hate because you can’t plug it in alongside other devices on a power bar or even a standard outlet. Other Surface devices have a sensible plug (right), so it’s incredibly frustrating to see Microsoft make this decision with its latest creation.

In addition to the standard Surface charger, the aforementioned USB-C port can be used for charging the Surface Go, so that’s what I would recommend using if you have one lying around. Better yet, if you already have a Surface device, use that cord to charge the Go.

Finally, but most importantly, the hardware can’t always keep up. In most cases, the Surface Go does everything you throw at it. You can open as many apps as you want, switch between them, and it happily works away.

Other times, however, there is noticeable lag. I witnessed the Surface Go trying to “catch up” when I was typing quickly or navigating a heavy website. Tasks like maximizing a YouTube video take more effort than on a more powerful laptop — the Surface Go can take a bit more time to get the job done. Is this a deal breaker? No, not at all. But it is a reminder that Microsoft went with an inferior Intel Pentium Gold chip to keep its costs down.

Occasionally, the Surface go will get quite hot, although it is able to cool down quickly. On the flipside, it is fanless, so it’s rather quiet. Speaking of volume, the speakers are excellent, given the form factor — no complaints there.

I didn’t have enough time to properly test battery life, but early results didn’t look too great. If you’re on the go with the Go, using it here and there throughout your day, you’ll likely be fine. A full workday of sitting and relying on the Surface Go, however, is unlikely without a charge.

This is a Surface, which means no bloatware. You’re getting a clean installation of the latest Windows 10. Sure, there are a few games that you may want to delete, but unlike most devices in this price range, the Surface Go doesn’t come with a massive number of questionable applications running in the background.

There’s frankly not that much to say about the software here, because Microsoft finally got this part right. Unlike the Surface Go’s predecessors, this latest creation is running the full version of Windows 10. 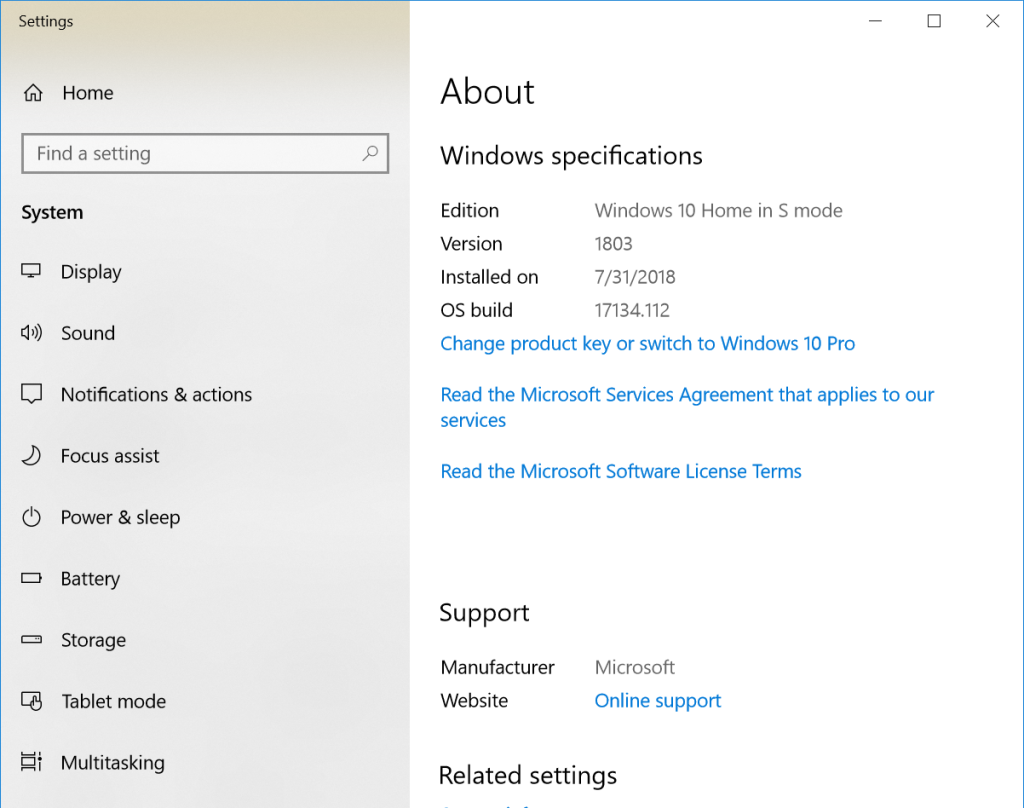 Yes, it’s in S mode, but you can turn that off. This is not Windows RT or any other such nonsense. Everything you have come to expect from the myriad Windows software (media to enterprise to games) out there is available on the Surface Go. The software is not the limitation here.

In fact, I’m hoping that some of the shortcomings I’ve attributed to hardware above will be solved with some software fixes. This is a first-generation product, after all, and I’m sure Microsoft will be issuing frequent firmware updates, as it does with all its Surface devices.

The Surface Go may start at $399, but almost nobody is going to buy it without also purchasing a keyboard. Maybe some company will equip a few workers with Surface Gos plus Surface Pens, but even then, they will still have to buy those.

The point is, the Surface Go is going to cost you at least half a grand. That’s still half the price of a Surface Laptop, so for a Surface, this is a great deal. 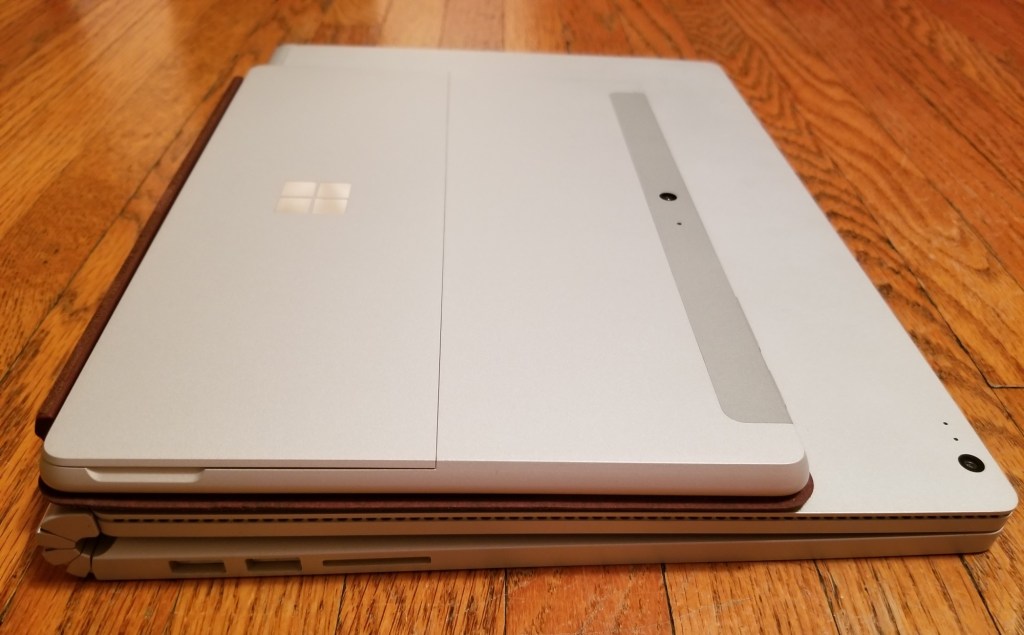 To existing Surface owners with big expectations, take it down a notch for the Surface Go. You’re still getting a premium device, no doubt, but this tiny thing isn’t going to blow your socks off.

If you’re looking for a small tablet-laptop hybrid, you’re unlikely to find anything better than the Surface Go. The hardware feels solid for the price you’re paying, and you’re not getting any bloatware.

If you’re looking for the cheapest laptop or tablet out there, you’ll find better options for less. It may not be a laptop and a tablet hybrid, but it will probably offer a bigger screen and run smoother (once you uninstall all the bloat).

If you’re looking for performance, spend the extra money on a Surface Laptop, Surface Pro, or Surface Book. You won’t regret it.

The Surface Go is basically an excellent present — it’s not too expensive, and it makes a great accompaniment to whatever device the recipient already has.