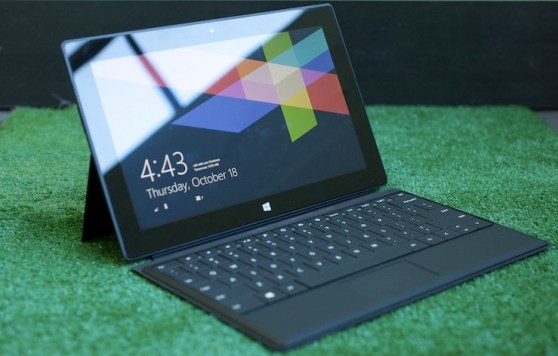 Microsoft’s Surface will be shipping on Friday, and the early reviews are already in.

Short summary? It’s an amazing piece of hardware, with desperately bad flaws in its operating system and app ecosystem.

It’s also an amazingly diverse crop of opinions for a single piece of hardware. Clearly, Microsoft has created something surprisingly new, and no one quite agrees on how to evaluate it yet.

Still, do you want one? Probably not.

Every reviewer praises the sophistication and originality of the hardware. Everyone is impressed with how sturdy and clicky the kickstand is. Nobody likes the two cameras (one front-facing and one rear-facing), which take mediocre pictures and are slow besides.

But after that, opinions diverge. Are the optional keyboards (the $120 Touch Cover, which includes a touchscreen keyboard, and the $130 Type Cover, which has actual keys) easy to type on or not? Is the Windows 8 operating system a delight to use or a confusion? Is the lack of Windows RT apps a temporary problem or a huge impediment? Should you just wait for the heavier Surface Pro that’s coming in a few months and will run the full version of Windows 8? Is the battery life impressive or disappointing? You won’t find a definitive answer in these reviews.

One thing does seem clear, however: Windows RT, the OS that this version of the Surface runs, needs apps, bad. No Twitter. No Pandora. No Facebook. Without these major apps, you might be hard-pressed to find something to do with the tablet besides browse the web and play with the Start screen’s cool, colorful tiles.

Here are the highlights of the major reviews, with links to each.

You’d have to be fairly coldblooded to keep your pulse down the first time you see the Surface: its beauty, its potential, its instant transformation from table to PC. How incredible that this bold, envelope-pushing design came from Microsoft, a company that for years produced only feeble imitations of other companies’ fresh ideas.

And how ironic that what lets the Surface down is supposedly Microsoft’s specialty: software.

The Times praises the Surface hardware, from its crisp design and its expandability (USB port, video-out port, memory card slot) to its excellent Type Cover keyboard. But Windows RT is a let-down, with the inability to run the millions of Windows apps out there and just a tiny number of compatible apps in the Windows Store.

Microsoft’s Surface is a tablet with some pluses: the major Office apps and nice, optional keyboards. If you can live with its tiny number of third-party apps, and somewhat disappointing battery life, it may give you the productivity some miss in other tablets.

The WSJ review calls the Surface “historic,” rightly, because it is Microsoft’s first computing device. But the review proceeds to ho-hum the whole experience: Despite some high points (nice hardware, good keyboards) the list of disappointments is long: poor cameras, a screen that doesn’t measure up to the iPad’s resolution, a lack of apps, and “mediocre” battery life: Just seven hours.

This is one of the most exciting pieces of hardware I’ve ever used. It is extremely well-designed; meticulous even. …  It is a new thing, in a new space, and likely to confuse many of Microsoft’s longtime customers. … But overall it’s quite good; certainly better than any full-size Android tablet on the market. And once the application ecosystem fleshes out, it’s a viable alternative to the iPad as well.

Wired found the two keyboard covers worked great as keyboards, but not so well as covers — they had a tendency to come open. He was smitten by the operating system, and found it easy to use and even addictive. But the lack of apps troubled him.

Wired did blind, side-by-side tests of the Surface display compared with the iPad’s Retina display. Testers preferred the Surface for watching HD video, slightly, but vastly preferred the iPad for reading text.

The Surface is instantly more charming than any Windows device that’s come before it. It’s nearly the perfect size, and the form is almost beyond reproach. If you want a tablet, use it like a tablet. If you want a laptop, use it like a laptop. Both modes seem right, like a genuine seachange step forward.

On the other hand, the Surface is undermined by a lot of flaws. The Touch Cover is “a letdown” and costs more than $100 extra. Windows RT is disappointing and feels like a “tundra” with major apps missing — like Facebook and Twitter. There’s no image-editing software. Office is a limited beta, and the desktop mode is a “cruel tease” because you can’t install any Windows software there. Should you buy the Surface? Gizmodo concludes with a flat No.

Overall, Microsoft has designed a beautiful tablet that’s unfortunately more functional as a laptop… on a desk. The styling and components are incredibly well made and high quality, but the form factor isn’t svelte or small enough to really come across as a true hybrid.

The Surface does not seem like a better tablet than the iPad or the Nexus 7 (the two best products in the category as of this writing). Even though it has a very unique and useful interface, and lots of hooks into Microsoft’s ecosystem, it still lacks the polish and apps of those two devices.

The Verge is disappointed that the Surface’s touchscreen capabilities are only able to register five points at a time — just one hand’s worth of fingers — while the iPad can register 11 separate touches simultaneously (one for each finger, plus your nose). Performance-wise, the basic OS seemed snappy and responsive, but it “seemed to bog down” when opening more apps and demanding more of them.

The build quality throughout Surface RT is sturdy and confident, and exudes the same kind of austere precision we find in German performance cars. … Playing with Surface RT for a week is like eating Spanish tapas for the first time after a lifetime consuming only American food (iOS gear) or east-Asian fare (Android gear). Surface RT—and the Windows RT system it taps into—is zesty, zippy, playful, and different. But it also takes some getting used to, especially if you’re not adventuresome.

In an HTML5 benchmark, the Surface delivered top results, posting a frame rate of 6.9 frames per second, beating all other tablets the magazine tested. PC World found the Surface’s battery lasted for 9 hours of continuous HD playback. But while the hardware wowed PC World, they came away nonplussed by the lack of apps and the “spooky” lack of utility in the vestigial traditional Windows desktop, which runs Office — and nothing else, because the Surface RT won’t run x86 apps made for previous versions of Windows.

It really is lovely to plug in a USB drive and start dragging and dropping files. Or, feel free to connect that comfortable keyboard you’ve been using for a decade, or that old tank of an HP LaserJet that’s still doing the business after all these years.

The Surface is a slate upon which you can get some serious work done, and do so comfortably. You can’t always say that of the competition. It’s in the other half of the equation, that of the content consumption and entertainment, where the Surface is currently lacking.

Engadget used a JavaScript benchmark that delivered respectable results, more than twice as good as the latest (third-generation) iPad, and found the Surface lasted for nearly 10 hours in a battery rundown test.

The Surface is full of potential, but until its software performance and apps are as strong as its hardware, I, unfortunately, will still drag both a laptop and an iPad through security.

ABC liked the Surface hardware overall, and even praised the Touch Keyboard as more “fun” than the Type Keyboard. However, the software — while promising — can get “sluggish” when running multiple apps or when typing in the tablet’s version of Microsoft Word. Also, ABC found the lack of compatible apps frustrating.

The big problem Microsoft has is that right now it doesn’t matter how good Surface is. The decision on whether or not to buy depends not on Surface itself, but on Windows RT. The only third-party applications that will run on Windows RT are those that use the Metro interface and are distributed through the Windows Store. At the moment, there just aren’t that many applications, and many of the ones that exist are mediocre.

Ars Technica delivers what is probably the most in-depth review of the Surface hardware available, with extreme attention to detail. The review only glancingly covers Windows RT, but like other reviewers, acknowledges the shortcomings in the ecosystem. The review concludes that your willingness to purchase the Surface is dependent on how much confidence you have in the future of that ecosystem.

The Windows RT-powered Surface will not replace your desktop PC or your full-strength notebook. It is, instead, an ideal companion device for a Windows PC, with great mobility. It is powerful enough that it alone can handle most work and play duties, even on an extended business trip or vacation.

ZDNet’s review is the most positive of the bunch, calling it “drop-dead gorgeous” and praising its battery life, display, keyboards, and operating system. While acknowledging the shortage of apps, ZDNet says “this is a product that will get better with age,” and concludes with an unambiguous “enthusiastically recommended.”

(Updated 10/24 with ABC, Ars Technica, and ZDNet reviews, and removed reference to Evernote, which actually is available for Windows RT.)