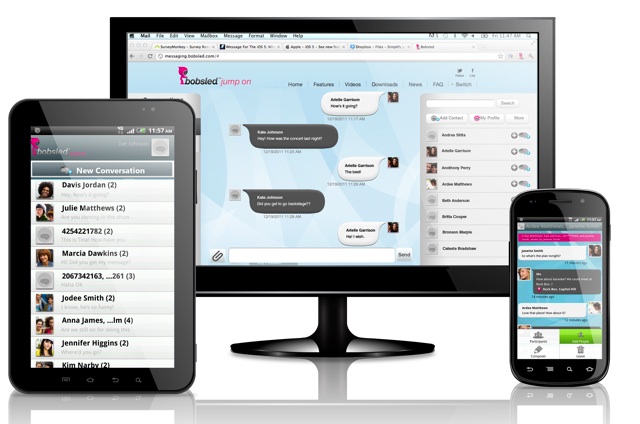 T-Mobile may have lost out on getting acquired by AT&T, but it’s not giving up the fight to survive in the U.S. just yet.

The carrier announced today at a small CES gathering that it has widened the availability of its fast 42-megabits-per-second 4G network to 12 new markets, which now covers a total of 184 million consumers in 175 markets.

T-Mobile’s continual 4G expansion shows that the company hasn’t been slowed down by the almost year-long AT&T acquisition talks. Last year at CES, T-Mobile announced its first 42Mbps 4G markets — now that network is covering almost two-thirds of the U.S. population. Not only would it have been unwise for T-Mobile to slow down its growth efforts because of the AT&T acquisition (and possibly illegal), it would have been a major disservice to the carrier’s 33 million customers.

To coincide with the news of its expanded 4G HSPA+ network (T-Mobile notably hasn’t moved to LTE yet), the company also announced its latest 4G phone: the Samsung Galaxy S Blaze 4G. It appears to be a slight upgrade from T-Mobile’s existing Galaxy S II model, and it includes a faster 1.5 gigahertz dual-core Snapdragon S3 processor.

Given how much T-Mobile needs to focus on delivering killer devices (it’s the only U.S. carrier without the iPhone at this point), it seems strange for the company to get into the business of mobile messaging. But according to Brad Duea, senior vice president of Value Added Services at T-Mobile, Bobsled Messenger and its accompanying VoIP service will allow T-Mobile to offer services that its customers find useful. (Yes, Duea says the company has been in touch with Apple about getting the iPhone.)

After being available in limited release since last April, Bobsled Messenger has processed over 68 million text messages and has had 207,000 groups set up by T-Mobile users. And those are numbers from only 1,046 customers who’ve signed up for testing.

The company has also made its Bobsled products cross-platform, allowing people to easily communicate with their friends and family on other networks. Bobsled Messenger is currently only available on Android and via the web on PCs at this point, but the company is working on BlackBerry and iOS apps.

Bobsled Calling also received an upgrade today: T-Mobile announced that the Android and iOS apps will now be able to make free calls to anyone in the U.S.

Sweetening the pot for T-Mobile customers, the company announced Tuesday that it will offer $150 worth of free apps, content and services on newer phones. The apps will be accessible through the Bonus Apps widget on many devices, or through the T-Mobile Mall.