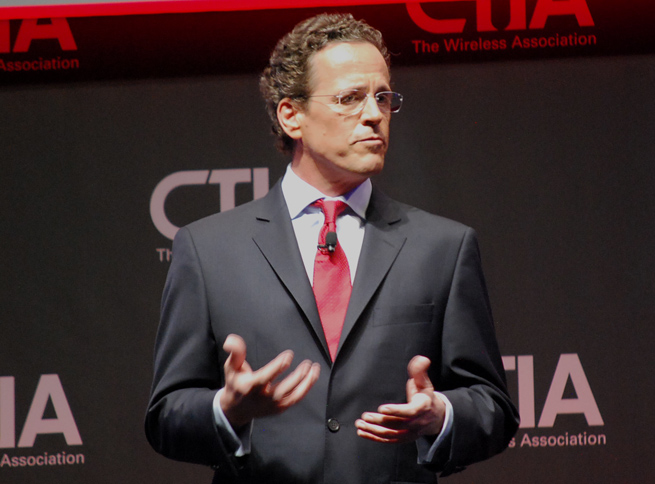 T-Mobile CEO Philipp Humm said there were going to be more layoffs when he axed 1,900 call center workers in March, and it looks like the day of reckoning is near.

Humm said the carrier will be going through a major restructuring that involved some “difficult decisions” when it comes to staffing, according to a memo sent to employees that was republished by the Verge. Employees and teams affected by the restructuring will be notified this week.

“We are announcing a new structure that further aligns our costs with our revenue realities, enables teams who support our field organization to act and react with greater speed and effectiveness to customer and market opportunities, and better positions us to return to growth,” Humm wrote in the memo.

It’s unclear how many employees are being let go, but Humm says they’ll receive “generous transition support.” (I’m sure that makes T-Mobile workers sleep easier this week.) He clarified that workers in T-Mobile’s remaining 17 call centers and corporate retail stores, as well as technicians in engineering, won’t be affected.

T-Mobile has been steadily losing subscribers over the last several quarters — mainly due to its lack of the iPhone, as well as fallout from the AT&T acquisition that went up in flames. After its February earnings report, the carrier announced a $4 billion “Challenger Strategy” to roll out 4G LTE in 2013 — which seemed too little, too late for the struggling company.

“Our rebuilt structure enables T-Mobile to realize significant savings, allowing us to invest in future growth — in particular modernizing our network to LTE, repositioning the T-Mobile brand, and aggressively pursuing the B2B segment where we plan to add 1,000 positions over the next few years,” Humm wrote in the memo. “We gain the agility to put resources where the current opportunities are, grow in areas where potential is greatest, and act on emerging opportunities quickly and rationally.”

A leaner, meaner T-Mobile may be able to survive another few years, though none of that matters if the company can’t stop bleeding subscribers.