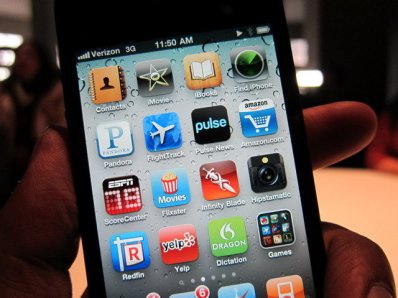 With all the hubbub surrounding AT&T’s T-Mobile acquisition today, one question is certainly on many T-Mobile user’s minds: When will they get the iPhone?

T-Mobile’s official answer, in which it reminds us that it will be an independent company for the next year, and that it currently doesn’t offer the iPhone (but does offer “cutting edge” Android devices), is a classic example of how to dodge a question. It hints, but doesn’t directly say, that we won’t be seeing the iPhone this year.

A 2012 release of the iPhone on T-Mobile would make sense for many reasons: For one thing, AT&T’s acquisition deal is still subject to federal approval, and it isn’t expected to be completed for another year. That means T-Mobile customers won’t have access until AT&T’s devices and network coverage until then.

And even though both T-Mobile and AT&T use the same 3G network technology, they run on different frequency bands — which means that even when the companies unite, AT&T iPhone users won’t be able to find refuge on T-Mobile’s 3G network. Apple will need to deliver a new iPhone that’s compatible with both 3G frequencies. I don’t suspect that will happen with the iPhone 5 this year — Apple is too far along in the build process to add new features to the iPhone 5 just because of this deal.

Apple could already be planning to deliver the iPhone 5 to T-Mobile this year, but we haven’t seen any evidence of that happening yet. With 33.7 million customers, T-Mobile has around a third as many customers as AT&T and Verizon do individually (AT&T had 95.5 million subscribers as of January, while Verizon had 94.1 million). That means Apple didn’t have as much reason to bring the iPhone to T-Mobile as it did to Verizon.

Given that T-Mobile’s parent company Deutsche Telekom has been struggling for some time (it recently reported falling profits), Apple may have figured that it wasn’t worth bringing over the iPhone to T-Mobile this year.