T-Mobile USA announced today that it has completed its acquisition of MetroPCS, after a slightly bumpy ride along the way. The combined firm will simply be called “T-Mobile US,” and it’s hitting the New York Stock Exchange today under the ticker “TMUS.”

Deutsche Telekom, T-Mobile’s parent company, initially offered $1.5 billion for MetroPCS last year — but word has it that DT “sweetened the deal” to gain MetroPCS shareholder approval. In a press release today, T-Mobile confirmed that MetroPCS stockholders received $1.5 billion, while MetroPCS grabbed all of T-Mobile’s capital stock from DT in exchange for around 74 percent of MetroPCS common stock.

It’s a big win for T-Mobile, since it gives the firm MetroPCS’s 9 million subscribers (for a combined 43 million) and precious wireless spectrum. According to a press release, “Combining the two companies’ spectrum provides a path to at least 20+20 MHz of 4G LTE in approximately 90% of the top 25 metro areas in 2014 and beyond.”

T-Mobile’s new (and very outspoken) CEO, John Legere, will remain the head of the new company, while former MetroPCS chief financial officer J. Braxton Carter will serve as CFO. The two brands will remain separate, but MetroPCS subscribers will eventually be moved over to T-Mobile’s network (leaving open spectrum available for a stronger LTE rollout). 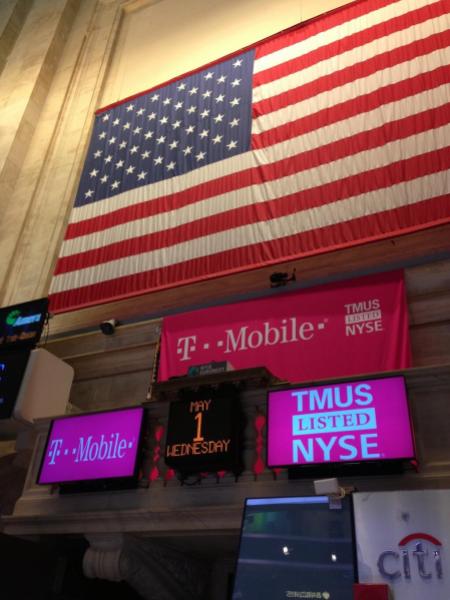