One of the quieter and more remarkable mobile success stories of the past two years is Lightricks, the Jerusalem-based startup that released the Facetune photo editing app in March 2013.

Facetune, which allows for quick touch-ups of portraits on your smartphone and tablet, was perfectly timed to ride the selfie craze. But while Facetune has been a monster hit for Lightricks, the app was also essentially just a proof-of-concept for the company’s much larger ambitions:

Today, Lightricks has taken its next step toward realizing that bigger vision by releasing Enlight, a photo editing app that delivers a rich set of features that take dead aim at the imaging franchise created by Adobe. The app is available today for $3.99 for iOS.

Built on the same image processing engine developed for Facetune, Enlight offers a much broader range of editing options that run from simple preset filters to more sophisticated adjustments of light and color. With screen sizes of smartphones getting bigger and mobile processing power continuing to increase, Lightricks believes it can deliver more robust software to users that also remains easy to use.

“What we’re trying to do is enable everybody to do stuff that was reserved only for professionals,” said Itai Tsiddon, one of Lightricks’ cofounders and director of business development. “There’s a lot of room for innovation in imaging processing.”

Tsiddon knows Enlight faces some big challenges. There’s a crowded space for photo editing apps, with many developers making big claims and new apps being built almost every day. Lightricks will have to work hard to convince people they want and need a more powerful photo editor.

Adobe is offering some basic versions of the apps, such as Photoshop, as $4.99 downloads. Others are free, with options for in-app upgrades. And still others, like Lightroom, require monthly subscriptions that start at $9.99 and tie the apps to the desktop software versions.

After coming a bit late to the mobile party, Adobe has made it clear this is a big priority for them. And they have deep pockets to make up for lost time.

So, it might be tempting to dismiss Lightricks if not for the impressive track record of Facetune.

Lightricks was started by five people, including four who had PhDs in computer science. They spent several months building something they call the LTEngine, an advanced visual processing engine for mobile platforms. Then they created Facetune to run on top of it just to show the world what it could do.

Apple and Google named Facetune one of their “best of 2013” apps, a distinction Apple gave it again in 2014 when it was the 6th best-selling paid app in the iTunes store. Today, Facetune, which has cost on average between $2.99 and $3.99 and has been downloaded 3 million times, is still ranked 11th on the iTunes paid app chart.

As a result, Lightricks has grown to 23 employees without taking outside investment.

“We’re a profitable company making millions of dollars a year,” Tsiddon said. “It’s not that we ever rule it out. It’s not an area of focus for us. We focus on making money, not raising money.”

And that brings us back to Enlight. The $3.99 is an introductory price aimed at getting it into as many people’s hands as possible.

“Until people see what it can do, they don’t believe it,” Tsiddon said. “People are jaded to these claims.”

I’ve been using a preview copy of Enlight now for about a week now. While I don’t claim to be much of a photography geek, I’ve been pretty blown away.

I’ll leave it someone else to do a cost and a feature-by-feature comparison against Adobe’s apps. But for me, I don’t tend to have much patience when it comes to learning how to use new apps. It’s got to work right out of the box for me, or I lose interest.

Tsiddon said Enlight was designed with that mentality in mind. New users can go into the menu, apply a couple of filters and just be done. From there, the menus contain sub-menus which allow users to start to play around the more advanced features and discover them over time. That’s been the case for me.

These are just a few of the photo edits on the left that I’ve done on my iPhone 5 using Enlight, with the original on the right: 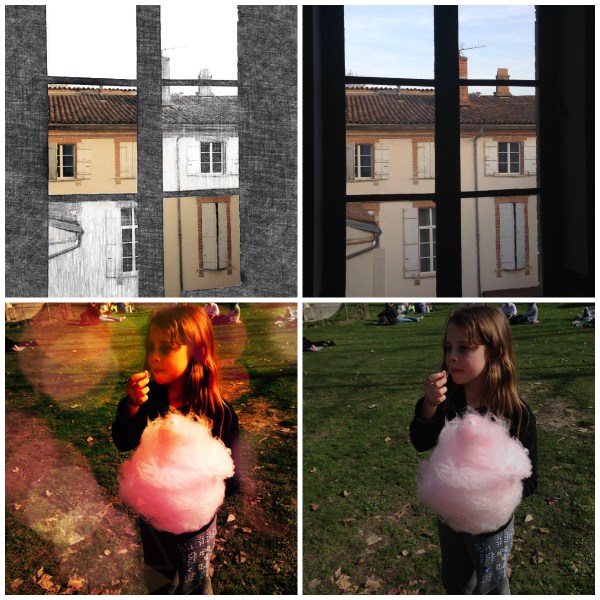 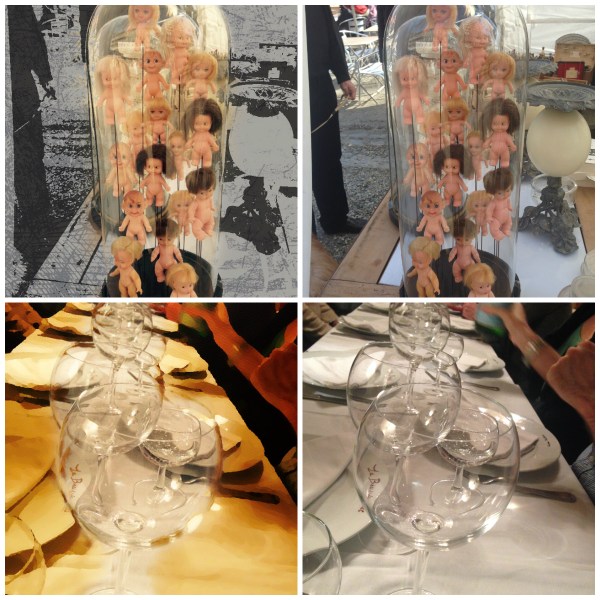 Each of the edits I did took about a minute or two. And much of the wiping to blend effects I did with my rather considerably sized thumb, so I was impressed that Enlight recognized the edges of objects in images pretty accurately and I didn’t have to spend a ton of time adjusting photos at the pixel level.

That speed is also important for me because I like to share photos in the moment, and I don’t want to be spending 20 minutes fussing with an image before posting it to Instagram or Facebook.

While Lightricks will now be focusing on Enlight in the coming months, Tsiddon emphasized that the new app is also just another step for the company.

“Enlight is a major undertaking for us,” he said. “But there are a lot of different products that can be created in a lot of different fields out of the computer imaging technology that we have. We view this is a big step. But it’s only a next step. There’s much more coming down the road.”