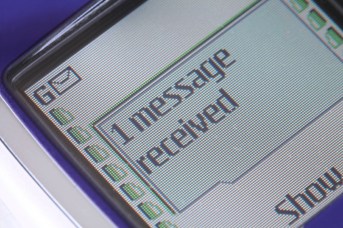 Textingly, a company that let’s businesses manage text messages to customers, today announced it has launched a live chat tool for businesses to engage with customers via text in real-time from the web.

The company officially launched last year around this time and is now claiming to help more than 6,000 local  businesses manage their text message, or SMS, campaigns. Textingly, which described itself as the “MailChimp for SMS”, provides a series of features that allow a business to easily upload and capture mobile phone numbers as well as create and distribute text messages.

The live chat feature (image below) will allow local businesses to constantly monitor for real-time text messages from customers via a web-based application. The business can simply keep the web app open while at work and send out text campaigns, while also monitoring for inbound texts, which might take the form of customer questions or responses. Each business has a mobile number or word associated with it that customers can text.

For example, founder and chief executive David Dundas told me he recently worked with a nail salon in Texas to send out a Mother’s Day campaign to it’s mobile phone list. Within minutes, dozens of responses poured in responding “yes” to the deal at the salon. Dundas says this re-enforces his notion that text messaging is one of the most efficient ways to reach people. If you’re worried about spam text messages from businesses, the company has built in a mechanism that only allows the business to text three times and if no response from the user is automatically removed from the list.

In addition to live chat, the company is also adding what it calls an “App Platform,” which basically means it can be integrated into several different kinds of applications that small businesses may already being using, including WordPress, Eventbrite and Mailchimp. The company had application integration in the past, but was limited to only a few, such as Facebook.

The New York City-based company, founded in 2009, is located at General Assembly, a place for entrepreneurs to set up shop, and has secured $650k to date from Inspiration Ventures, 500 Startups, Gary Vaynerchuk, and other angels. 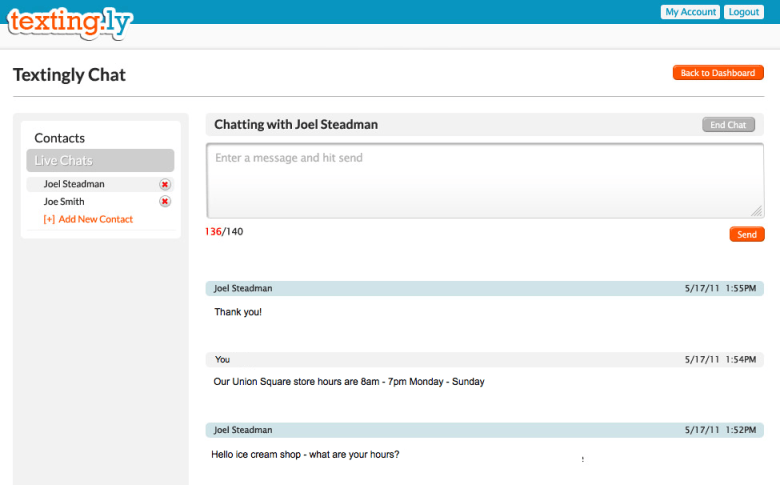