Kickstarter is a haven for every kind of tech gadget you could possibly dream up. Our favorites lately, however, are wearables.

Here are our top five picks for wearables we want to see in production: 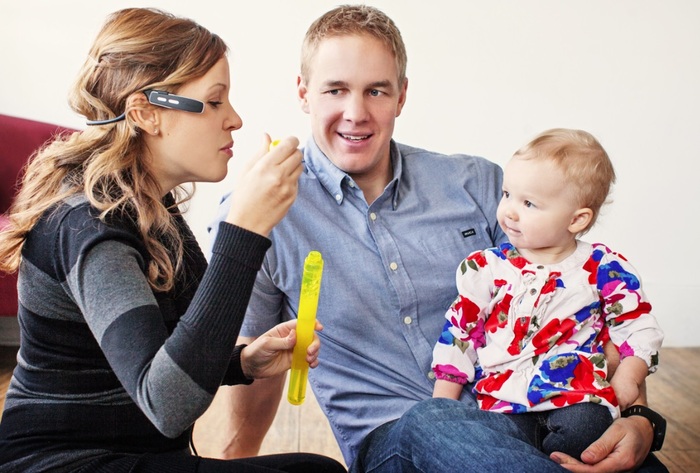 Not as nerdy (or as creepy) as Google Glass, Lifelogger’s simply designed device lets you record the things in life that you really want to remember. No distracting augmented reality overlays, no obtrusive apps — just you and the memories of the things, places, and people you love most.

Of course, all that adds up to a lot of video footage, which is why Lifelogger created “sophisticated cloud based video management and processing software” for handling all that gorgeous data.

Backers coming in at $169 or more get a first-run Lifelogger device. 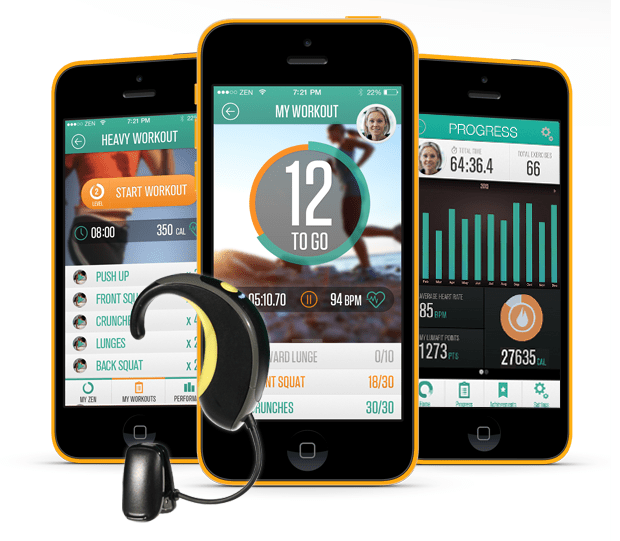 This little fitness tracker rests over your ear and tracks so much more than your steps. Lumafit can track your heart rate, the number of reps you complete, and even how much stress you’re under.

It comes with its own beautiful iPhone app and integrates with the major fitness-tracking apps you already use. 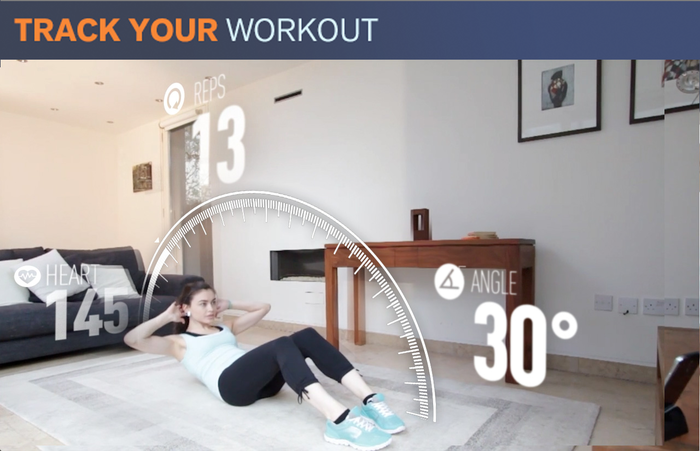 According to the Kickstarter page for Lumafit, the device uses red and infrared optical light sensors to measure your heart activity. “Every time your heart beats it pushes oxygenated hemoglobin though the arteries. This waveform can be picked up in high resolution though our optical sensors.

“The head motion is measured via a three-axis accelerometer. This allows the Lumafit to track head trajectory over time and identify specific types of individual motion (such as a sit-up) or continuous motion (such as on a cross trainer).”

Backers at $79 or higher get an early-bird device. 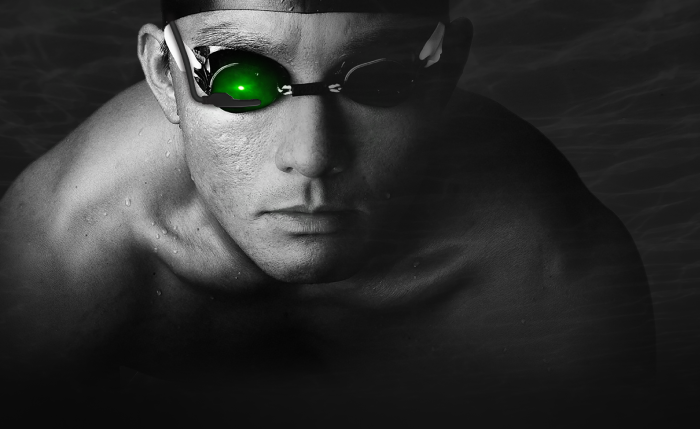 The use cases for Iolite are limited, as this wearable is intended primarily for open-water swimmers. But it’s still cool enough to keep our attention.

This gadget is part sensor, part LED display. The display attaches to your goggles, and the rest is tucked under your swim cap. It’s GPS-enabled and can track your direction and pace, keeping you on course and on time. 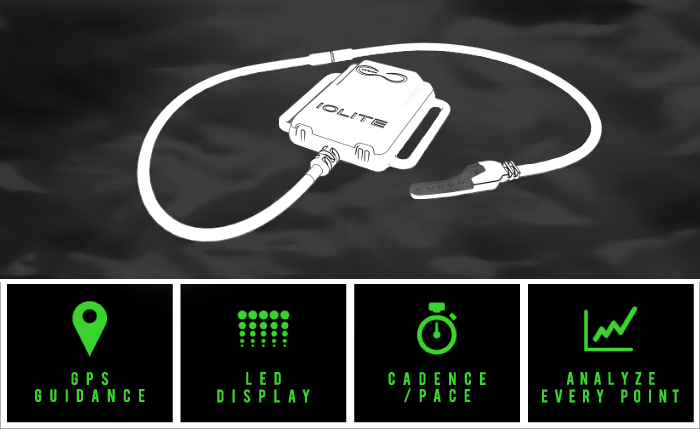 Iolite, according to its Kickstarter page, has a small array of LEDs that indicate if you’re veering off-course. Another small display tells you whether you’re matching your pre-defined pace, and a third light helps you keep up a cadence. 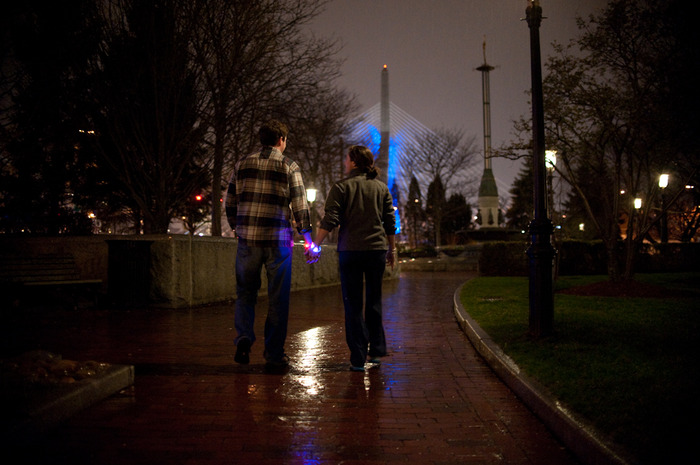 Firefly is where wearables meet social media. The simple bracelet lights up when you’re near a person with similar interests.

Using the Bluetooth on your phone, the identity you have stored on Facebook, and the interests you express in the Firefly app, this wearable can make real-life matches between you and, for example, a stranger at an otherwise awkward party. 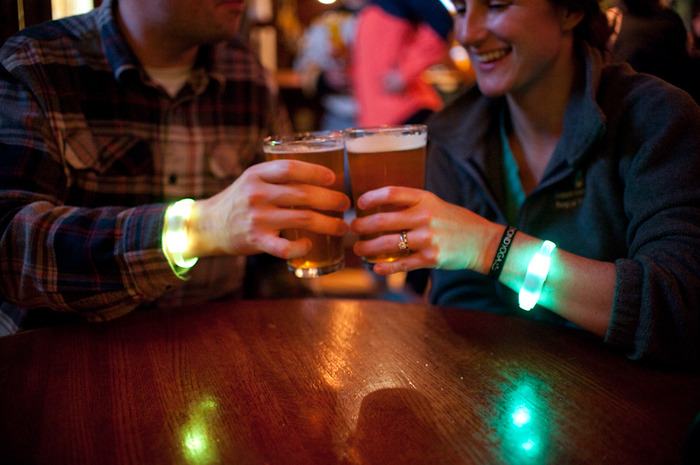 Firefly can also light up when you get a smartphone notification

Backers and $59 and up get an early-bird device. 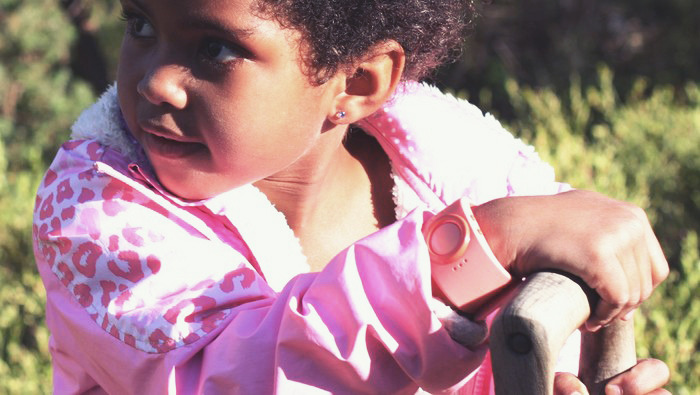 Tinitell wants to be the world’s smallest mobile phone — with a special focus on kids. It’s wrist-worn, and it relies on voice commands.

Say you’re picking your 5-year-old niece up from lacrosse practice (she’s big for her age), and you don’t know where to meet her. She can push the Tinitell’s one large button, say your name, and connect to you instantly via phone.

She can also receive a call from you directly, also by pushing the big button.

Tinitell also gives you an option to scroll through a contact list using its volume buttons, and it can pair with a smartphone. It’s available in four colors.

$99 gets backers an early-bird device.