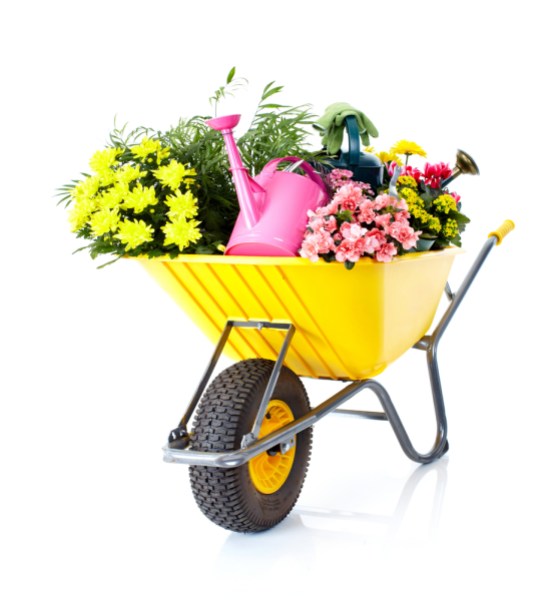 The future of robotics may be less Terminator and more gardener.

Charles Grinnell helped build the world’s largest particle collider at CERN (The European Center for Nuclear Research). Now he’s taken up gardening, or rather, his robots have.

Ornamental agriculture is a highly labor-intensive $17 billion business in the U.S. alone, and it has a severe shortage of workers. “It’s very demanding physical labor out in the elements,” says Grinnell. “In the U.S. not many people want to do this kind of work.”

Harvest Automation’s robots are completely automated. Their supervisor defines parameters like the size of the plant being moved (to distinguish them from people or other objects), the width of the field, the spacing between the plants, and the new configuration required for the fauna.

The little robots use 20 different sensors, including a laser-ranging system to detect plants and obstacles. But the real smarts are in the software. The robots use a technique from MIT called behavior-based programming to keep track of many different things simultaneously, such as the ever-changing environment and the task at hand, while requiring only local information. It doesn’t have a GPS; the uploading of maps or access to other systems is not required. A bot’s battery lasts four to five hours.

Agriculture is a demanding environment for an autonomous robot. Many sensors are optical, but they couldn’t cope with the full range of lighting conditions in the fields, from darkness to full sunlight. “The robots operate in a very unpredictable environment,” Grinnell explains. “The terrain is unpredictable. The environment is constantly changing as the work is going on. People are working in the area. Plants are being moved around.”

The robots share their working environment with human workers, so safety was a critical concern. The typical approach to automation in agriculture is to replace 10 or 100 workers with a giant, intimidating machine. Harvest Automation’s robots are small, do the work of one person (or fewer), and move relatively slowly. “Even if these machines completely malfunctioned, they might bruise someone’s ankle but not critically injure them. Compared to the other equipment workers are using out on these farms, we are orders of magnitude more safe.”

So, how do existing workers react to their robot colleagues? “These are tasks that the workers don’t enjoy doing. The robot does all the repetitive and physically challenging parts of the job. People do the more interesting things which are much harder for a robot to do. The workers turn into robot supervisors and they love it!” insists Grinnell.

Next on the agenda in Harvest Automation’s green robolution are tasks like watering, spraying, and trimming plants. Nurseries often overuse water, fertilizers, and herbicides because they don’t have enough labor to treat every individual plant. This also causes environmental damage. “When they apply herbicides, they broadcast the chemicals over the entire area. Most of it misses the plants and goes into the ground.”

A new watering robot will go on the market by 2014.

Harvest automation started shipping robots in September, and only a few dozen are out in the field, but Grinnell expects to sell thousands of robots in the near future. A single robot costs around $30,000 but can move 200 3-gallon pots an hour, about the same as a human worker. For other tasks, the robot may only replace a fraction of a single worker but they don’t need coffee breaks or stop to have lunch.