Have you noticed how many iPhone 4 series and iPhone 5 series phones are still in use in the wild? I see them everywhere.

Apple has no doubt noticed that lots of users of these smaller phones have not upgraded to the iPhone 6, and that’s got to be a source of concern.

Some people say the smaller phones are more manageable in the hand, while the larger iPhone 6 is easier to drop. And the iPhone 6, without a case, is easy to drop (as the small dents in mine prove), because of the smooth metal surface of the device. Had Apple put stripes of rougher metal down the sides of the phone this wouldn’t have been a problem.

There’s no doubt that the iPhone 6 has been a smash hit, but Apple has sold far fewer of the huge iPhone 6 Plus, suggesting that consumers will go along with the supersizing or their smartphones only to a point. 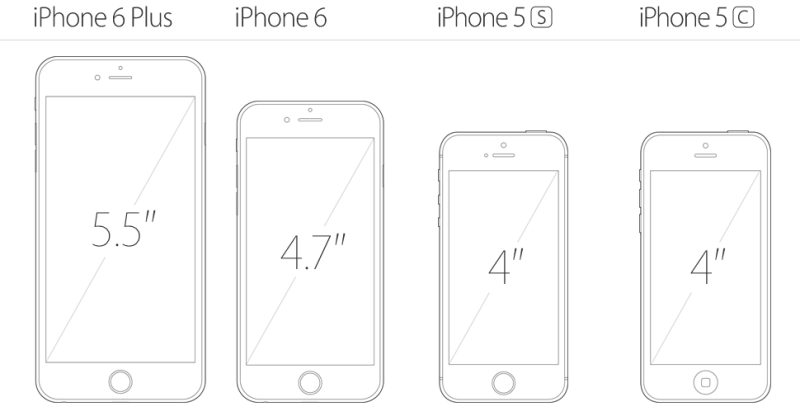 Reports earlier this week claimed that Apple is now preparing to release not only new iPhone 6s and iPhone 6s Plus phones, but also a new iPhone 6c phone. And the news has revived the old argument about whether a return to a smaller iPhone might be in the works in Cupertino.

One source has told VentureBeat that the two 6s phones are indeed being built, and will be introduced in the fall. These phones would mimic the sizes of the 6 and 6 Plus, but might use a plastic back, as the iPhone 5c did. They might also have considerably lower price points to capture more sales from owners of older iPhones.

But that other phone — the iPhone 6c — if it exists, could be a return to a 4-inch iPhone. This could bring all those 4 and 5 series iPhone owners back into the iPhone 6 fold.

One question is whether or not Apple can stuff all that iPhone 6 technology inside such a radically smaller phone. I suspect it can. The technology jump from the iPhone 5 series to the iPhone 6 was actually not that radical. The larger screen was the biggest change. So a 4-inch iPhone 6 with a smaller screen size and the rest of the technology the same might be possible (a smaller battery would suffice to run the smaller display).

Of course there’s no way to know for sure if a smaller iPhone is on the way. But a 4-inch iPhone 6 (the iPhone 6 “mini”?) would be an interesting development, and may provide Tim Cook with a nice “one more thing” moment at the end of the Apple event next fall.