Native apps command about 86 percent of U.S. consumers’ mobile time, or about six times more than the mobile web does, according to a mobile analytics report by Flurry.

Flurry said that apps were considered a fad a few years ago, but they are still completely dominating mobile usage. The browser is just one more app in a sea of apps on mobile.

“It is still too early to predict the trajectory apps will take in 2014,” Flurry said. “But one thing is clear — apps have won and the mobile browser is taking a back seat. Now every company in the world, including Google, is adjusting to that reality.”

This means that web technologies like HTML5, the lingua franca for the web, aren’t keeping up with the native app’s performance on mobile devices.

Editor’s note: Mobile analytics will be a big topic at VentureBeat’s upcoming Mobile Summit, April 14-15, and Flurry’s chief product officer Prashant Fuloria will be one of the execs in attendance. 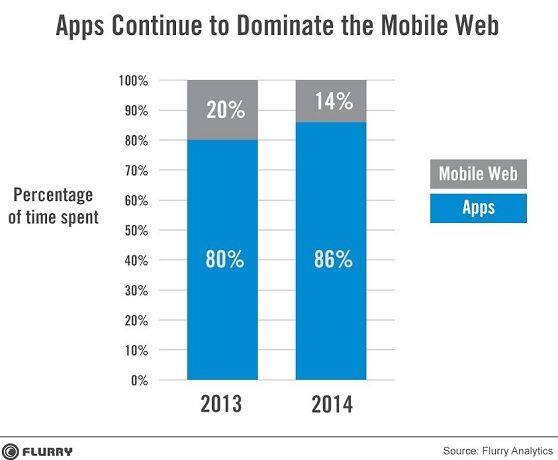 Above: Apps beat the mobile web 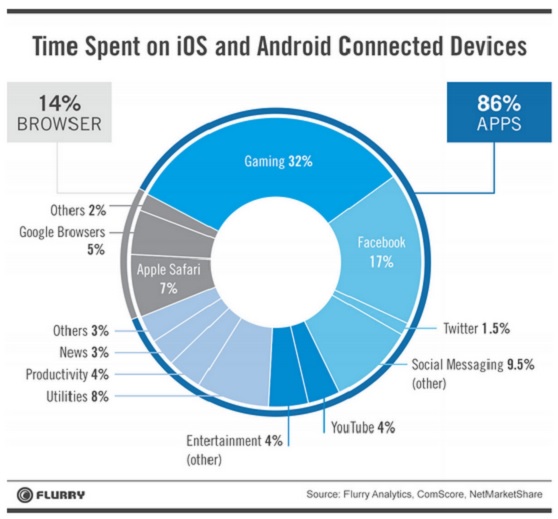 Above: Flurry on time spent with mobile devices.

Google’s YouTube on mobile is about 50 percent of the entertainment category.

Still, overall, the market is still fragmented. Google and Facebook combined command less than 25 percent of the total time spent by the average U.S. mobile consumer. The top ten mobile franchises account for less than 40 percent of the time spent. That means that, six years into the mobile revolution, there are numerous chances for new franchises to emerge.

Advertising revenue tends to follow where people spend their time. If that’s true, then an app that commands 17 percent of time spent should command 17 percent of the ad revenues for that channel.

The rest of the apps, including games, aren’t getting their fair share. Those “other” apps have 65.3 percent of time spent, but only receive 32 percent of ad revenues. That’s a massive opportunity for games and other apps to monetize through ads. eMarketer projects the mobile ad market will grow 75 percent this year. 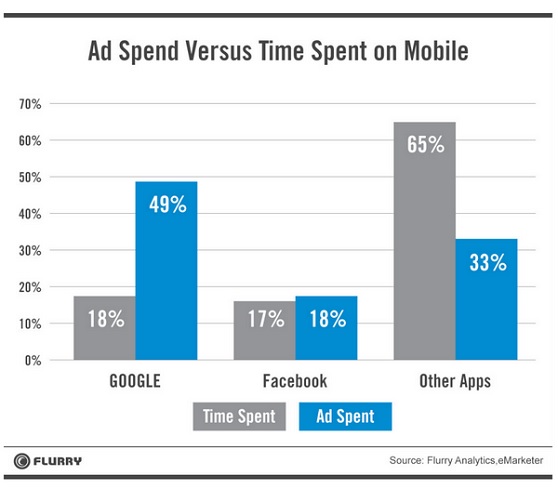