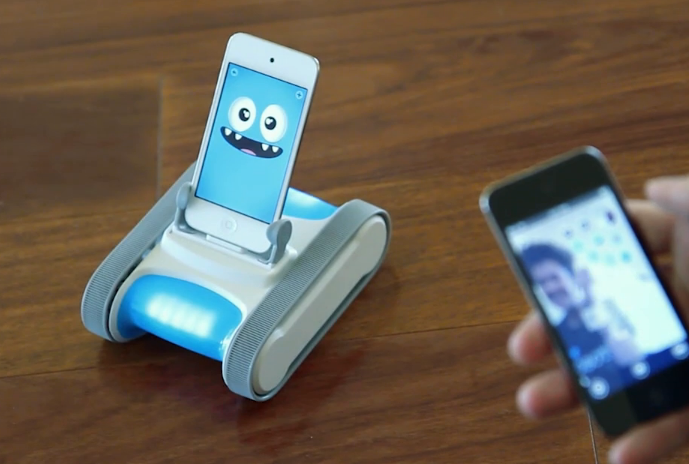 Romo 1 earned Kickstarter pledges of $114,796. But the newest Romo is just getting started.

Romotive, the “smartphone robot company” that is part of Zappo’s CEO Tony Hsieh’s downtown Las Vegas revitalization project, just launched its third-generation robot with — you guessed it — yet another KickStarter campaign.

This little guy is seriously cute. Check out the team’s video here:

Romo is controlled by an iPhone, iPad, or iPod Touch — or a modern web browser — and uses an iPod Touch or iPhone 4 or 4S as its brain and face. It has two-way audio and video, so could be used as an inexpensive telepresence unit as well — it retails for $150, and Kickstarter backers can reserve one by backing the project.

“Romo’s pretty amazing,” Hsieh says in the video. “It smiles at you, he’s happy to see you … it seems like it has a personality of its own.” 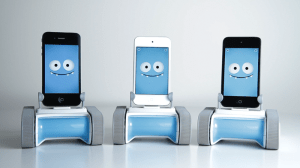 Above: The third-generation Romo

The little personal robot can be used for spying, as the original Kickstarter campaign jokingly suggested, or telepresence, or even for mix-reality racing games. Little suggestion: don’t put your latest phone in Romo when you’re racing him.

In addition, there will be an API available so that hackers can create their own cool uses of the little robot.

As his creators said about the original robot, “Since Romo is a “true” robot, he’s infinitely programmable, and can be made to do just about anything.”

The new Romo is bigger, stronger, and faster, and will, if the Kickstarter campaign succeeds, add remote 2-way telepresence, computer vision, autonomous navigation, and facial recognition.

That would make one mighty capable mighty mite.