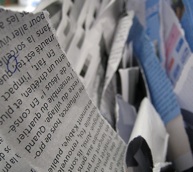 As the mobile world continues to evolve rapidly in the United States, Verizon is trying to maintain its role as a cellular leader despite many of its rivals garnering far more buzz. AT&T has the iPhone and now T-Mobile is set to be announced as the first Google Android phone maker with the G1 device at a press conference tomorrow. Verizon preempted this with its own announcement today: The removal of contract requirements for customers.

Verizon customers will now have the option to do month-to-month plans. It’s nice, but it’s not really all that significant. After all, unless you want to pay several hundred dollars for a new phone, most customers will still likely sign up for one or two year commitments to get a subsidy which allows Verizon to sell phones for cheap prices, or in some cases, give them away for free.

Such a deal will be nice though if you buy a CDMA (the network Verizon operates on) phone over the Internet and want to take it into Verizon to activate it on the network.

This mainly seems like a PR move to stem the hype that the other carriers and mobile players are getting. But at least some of that is Verizon’s own fault.

Back in 2005, Verizon was offered the opportunity to be the exclusive carrier of Apple’s iPhone. They turned it down. That was a mistake. AT&T instead got the deal, and has gotten all the buzz and sales that have come with the popular device.

Last year, while Google was fighting to make sure the winner of the 700 Mhz spectrum auction had to open up the network, Verizon was fighting against them and even sued the FCC to try and stop the auction from going forward. Realizing this was a battle they weren’t likely to win, the company eventually switched sides.

Verizon ended up winning the biggest chunk of the spectrum’s C-block, the one which was most coveted, but to many, Google seemed to be the real winner as it got what Verizon originally didn’t want: An open spectrum.

Verizon seems to be doing what it can now to right itself in the eyes of the public as the mobile landscape in American, which was once on lockdown, opens up. One thing that still isn’t clear however, is if Verizon will eventually launch a phone running on Google’s Android platform. Verizon previously stated that it would join Google’s Open Handset Allianace back in December of last year, but nothing has come of that yet.

Verizon has the customers right now (it’ll be the number one carrier when it merges with Alltel), but it needs to do more to make sure it can keep them.