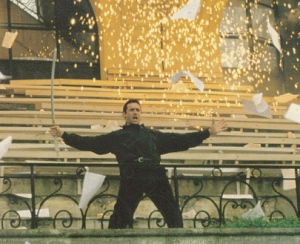 When Apple launched its iTunes Store in April 2003, it took over two years to reach 500 million songs downloaded. The App Store — a sub-section of the iTunes Store — has reached that mark in under 200 days.

Yes, a half billion applications have been downloaded through the App Store since its launch on July 11 of last year. That’s staggering. But even more staggering is just how much the pace has quickened over the past few weeks.

One month after its launch, the App Store hit 60 million downloads. After two months, it was at the 100 million mark. It hit 200 million after about 100 days, but then started to slow a bit, hitting 300 million after just about 150 days. That was on December 5 of last year, not quite six weeks ago, and in that short amount of time, Apple has added over 200 million downloads to that number, according to a new ad placed in publications around the country today.

The high numbers were undoubtedly due to the holidays. Sales numbers from retailers like Amazon suggest a lot of people got iPhones, and especially iPod touches, as presents. These new iPhone and iPod touch owners were undoubtedly playing catch-up with the rest of us who have had access to the platform for months now and have downloaded dozens of apps.

But the surge in downloads can also be attributed to the surge in the number of applications available. There are now over 15,000 apps in the App Store — a 50 percent rise from December 5, when Apple noted there were 10,000. Developers are no doubt rushing to make apps on the platform after hearing how much money silly apps like iFart Mobile are making — on Christmas Day alone, the developer pocketed almost $30,000 in net income.

Sure, there’s a lot of junk applications in the store, but there’s also a lot of great ones. And having that many apps at your disposal to pick and choose from seems a lot better than say the 500 or so applications Google’s Android Marketplace has available after about three months. (To be fair, that number will pick up when the Marketplace launches paid applications — likely sometime very soon.)

“This thing’s going to crest a half a billion, soon. Who knows, maybe it will be a $1 billion marketplace at some point in time,” Apple chief executive Steve Jobs told the Wall Street Journal back in August. Indeed. 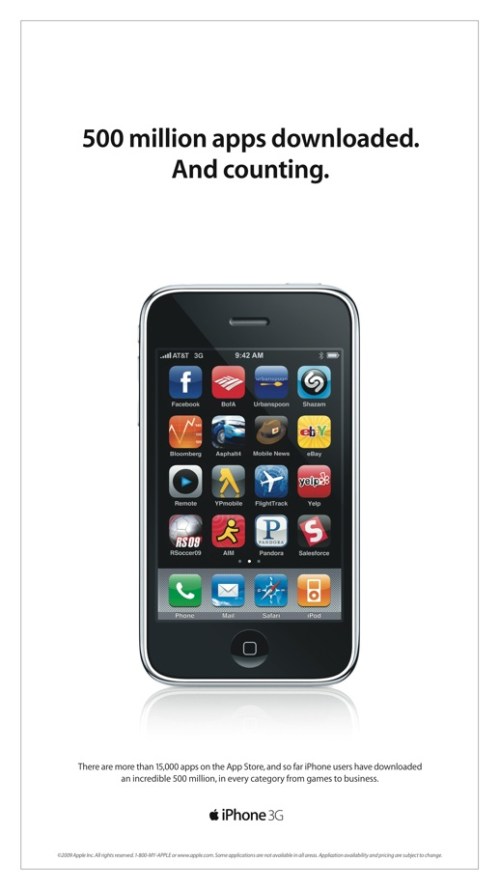