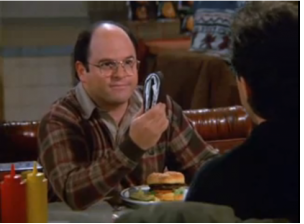 “The wallet is dead.” That’s according to Dylan Higgins, founder of payment-enabling startup Kopo Kopo. That means George Costanza is now sitting flat on his tush.

Basically, they make it possible for any business to accept mobile payments, and they are focused in developing countries like East Africa.

Higgins spoke onstage today at MobileBeat 2011 as part of the the 2011 MobileBeat Startup Competition.

“Mobile phones are more accessible than water and electricity in most of the emerging world,” he said. “With new mobile prepaid payment systems, run by mobile operators, consumers can use their mobile phones as a cash alternative.”

Mobile money systems currently serve 110 million people around the world and will comprise an estimated $630 billion in volume by 2014, Higgins said. The company believes in software as a service, and hopes to disrupt the current market that requires small businesses to purchase expensive card processing equipment to make transactions. In the case of travelers, the idea of leaving your wallet at home while visiting developing countries also sounds quite appealing.

Competitors include Cellulant and ZegeTech, which offer mobile money integration services. Kopo Kopo said companies operating in the existing payment space, like credit card companies, can be looked at as competitors or potential partners.

“We have built our platform as a SaaS offering,” Higgins says. “Many of our competitors are stuck in the consulting and traditional software licensing model.”

Higgins also points out that, in the mobile environment, location is key.

“We are already operating in the markets, like Kenya, where mobile payment innovation is happening,” he said. “As a nimble startup, we can learn from the market, pivot, and set a foundation for the future of mobile money at a much faster rate than these larger players.”

The company launched six months ago and is currently raising seed funding, hoping to reach $400,000 to expand its platform globally.