Some are virtually household names, like Uber and Dropbox, Snapchat and WhatsApp. Others you may never have heard of, like GungHo and Airwatch and RocketFuel.

But all of them have two things in common: a minimum billion-dollar value and unprecedented speed. 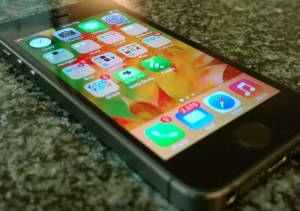 “Mobile Internet first mover advantage is more extreme than in any other technology market in history, with a direct relationship between total value created and value created per year,” says Digi-Capital’s Tim Merel. “First movers have delivered unprecedented value at an unheard of rate, so dominating quickly is worth its weight in gold.”

He’s not kidding about the gold. Or the speed.

Facebook famously acquired WhatsApp for $19 billion. That means the instant messaging app accrued value at an average rate of about $4 billion each year of its existence. Snapchat’s latest valuation puts it at the same blistering pace, which means both of these young giants grew shareholder value at about $11 million every single day for the first years of their young lives. 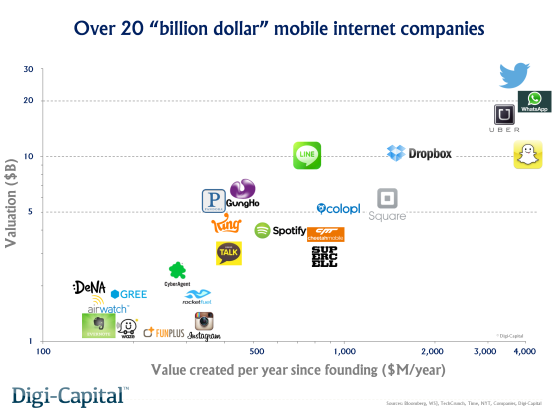 As the names of the mobile Internet players mentioned above make clear, not all of that value is in one sector. And interestingly, almost half of them were born in Asia.

Japanese giants such as LINE, with a $10 billion valuation and GREE, worth about $1.8 billion, lead the Asian charge. Others include Colopl, with an estimated $5.1 billion valuation, and Kakao, the Korean messaging giant.

With the massive and rapid growth of mobile, the more traditional tech giants like Google, Facebook, and Microsoft are on the lookout for acquisitions — as are second and third tier potential acquirers like Disney, Adobe, Box, Zynga, or Nintendo, says Merel. “The pyramid of consolidators is changing constantly, with today’s growth companies becoming tomorrow’s consolidators and some former giants struggling to adapt.” 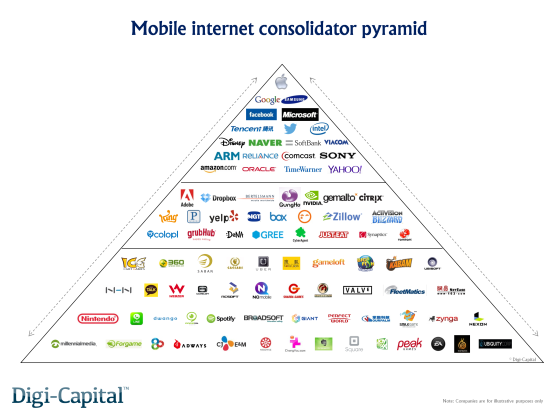 First-mover advantage was massive in the first Internet gold rush, which led to the dot-com bubble and subsequent implosion from roughly 1997 to 2000. Apparently it’s even more massive in the mobile revolution that we’re now seeing unfold in front of our eyes.

The question, of course, is whether that’s sustainable — or whether we’ll see some kind of similar bubble bursting.

That’s a macro-level question and difficult to answer, but on the micro level, there’s certainly plenty of churn, according to Merel.

“Entering the billion dollar club is difficult, but staying there is even harder,” he said. “Some pivot beyond their initial success to greater heights, while others struggle to move beyond their legacy of success. There are former billion-dollar companies which have dropped out of the club, and others risk doing so.” 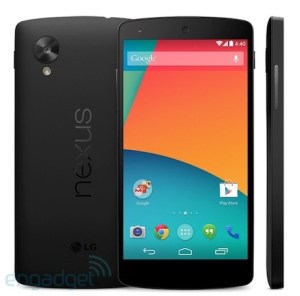 Here is the full list of 25 mobile-first companies that have achieved billion-dollar valuations, in decreasing order by value:

The valuations are a mix of public company market caps, exit values on acquisition, and valuations from funding rounds, Merel says.

While WhatsApp exited at $19 billion in February of 2014 and Snapchat’s recent funding gave it a $10 billion valuation, an earlier acquisition at the much less frothier beginning of the mobile explosion, Instagram, only cost about $1 billion.