As an ideal personal computing device, they may have been doomed from the start. Smartphones, after all, have their roots in a completely different tech paradigm — telephony. The personal computing functions were bolted on over time. That’s why they were named smartphones. Even the networks that connected them were just repurposed phone networks. 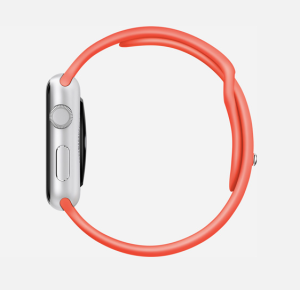 We pull this clumsy rectangular thing out of our pocket 50 times a day, then struggle to pull up the right information on the screen. We’re so fixated on our smartphones that we rarely stop to wonder if there’s a better, faster, smoother way to get the information they provide to us.

There is a better way, and it lives on your wrist. The smartwatches we’ve seen so far have been awkward efforts. But early next year, the first truly worthy entrant in the class will be released into the wild. The Apple Watch will confine itself to some fairly basic use cases at first, but then things will start to change.

The smartwatch will begin stealing features and functions from the smartphone. In time, we’ll start to forget about the smartphone, until one day our junk drawers will be crowded with them.

Here are the killer uses of the smartwatch that will start the change:

The first big use case you will see for the smartwatch is mobile payments. The very first generation of the Apple Watch will ship with a near-field communication chip inside. This tips Apple’s hand nicely. At first your Watch must be paired with your iPhone 5S or 6 to process payment from the wrist, but this won’t be the case for long. It might take something as simple as a software update to free the Watch from the phone for payments. 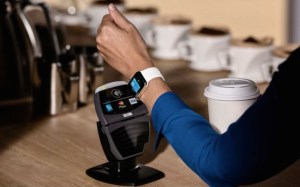 Then things get very interesting. You’re in line at Starbucks. You see a man in front of you pay for his coffee by waving his Watch over the sensor at the counter. You hear a tiny beep and the transaction is over. The man has his coffee, and he could have done the whole thing with one hand tied behind his back. When you see that happen, you’re thinking: “I’ve got to have that.”

You’re at Starbucks again. You see a guy in the line in front of you. Suddenly a video picture springs to life on his wrist. He raises his wrist (his watch buzzed him softly to alert him) and views a quick video message from his wife. He responds with a quick video message of his own and then drops his arm to the side again. He’ll be ordering two coffees instead of one.

Yes, people have talked about the Dick Tracy phone for years, and it will become a reality. In fact companies like Glide are already furiously developing communication apps for the Watch since the WatchKit SDK was released to developers Tuesday. Glide, for one, has already built a near-real-time video communication platform for Android Wear smartwatches.

The Glide app supports video conversations between two smartphones, and between a smartphone and a smartwatch, and it works great. But Glide is waiting for the day that smartwatches have cameras on board, making wrist-to-wrist video chats possible. 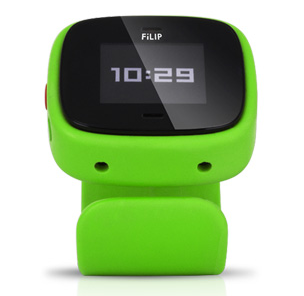 One of the first killer uses of smartwatches will be to help parents keep track of their kids. AT&T has already begun to address this market with its FiLIP wearable. The idea is simple: Parents want ways to stay connected with their kids throughout the day, and they are willing to pay for new technology to do it.

The only risk involved in using a smartwatch for this is that the child could remove the watch. Then its power to connect is lost, and the device might get lost. Given that real risk, this use case might take off only when full-featured watches begin to move down toward the $200 level. By “full-featured,” I mean that the device would have GPS on board as well as a sensor in the band that could immediately detect if the child has removed the watch.

The watch might also have a heartbeat sensor in the band. A parent could conceivably receive an alert if the child’s heart rate had been escalated for a sustained period of time. This might suggest the child was in some kind of danger or distress that would merit a call from the parent.

One of the biggest applications of smartphones in China is for accessing various kinds of public transportation. Imagine walking up to the turnstile at the train station, waving your wrist past the scanner, and then proceeding into the station.

That’s a big improvement over the current system, which, for many of us in the States, involves pulling a card out of our wallet, passing it over a sensor, then fumbling to get the thing back into our wallet or purse. 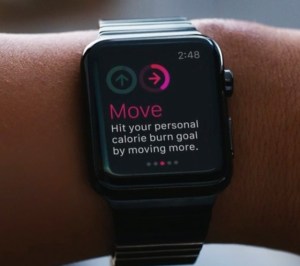 At the gym. It occurred to me the other morning at the gym how lame it is that the fitness tracker on my wrist doesn’t identify me as a member so that I can get into the gym. Nope, still carrying the dumb membership card with the magnetic stripe on the back. Come on, Jawbone, Microsoft, FitBit. You guys still haven’t got this figured out? My watch should also be recognized by the treadmill so it can automatically cue up my favorite workout and TV channel upon my arrival. The stats from my workout would be transferred to my watch before I leave.

And this same problem extends to a number of other moments in life when you’re asked to identify yourself and your credential as a condition of entry.

At the airport. One of the best uses for a smartwatch is to check in for your flight at the airport. This would be easier and faster than using the clumsy smartphone scan some of us already use. Checking in would involve waving your wrist past a scanner, while your other hand would remain free to deal with luggage, etc.

At the Apple Watch launch on September 9, Apple announced that American Airlines was an app development partner. Wrist check-ins are very likely what the airline intends to enable with its app.

The car. BMW is also a Watch partner developer. In a demo, the BMW app was shown locating and summoning a car for its owner. But it’s very likely that that app, or another car company’s app, will act as a key that unlocks the car door. 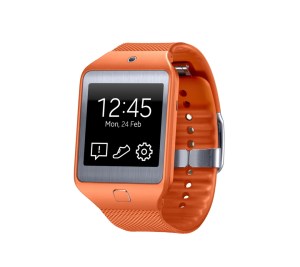 Above: All future Samsung mobile devices, like the Gear 2 smartwatch, will integrate with the SmartThings home control platform.

The home. At Samsung’s recent developer event, the company announced that all its future devices would integrate with its SmartThings home control system. During a demo of the system, SmartThings CTO Jeff Hagin explained to me that future Samsung smartwatches will be used to authenticate the wearer at their front door and open it. This might also happen when the watch is detected by the Wi-Fi network as the wearer approaches their home.

Using the SmartThings smartwatch app users can do things like monitor the sensors in their home, control lights, and adjust heating and cooling. Samsung believes that 20 million U.S. homes will have smart home devices by 2017.

The hotel. Some hotels already have apps that allow your smartphone to act as your room key. The phone usually uses a Bluetooth connection to a receiver in the lock to open the door. Smartwatchs, of course, will do this same thing in the future.

In fact, Apple clearly had this in mind for the Watch: Starwood Hotels was named a partner when the Watch was announced, but it didn’t explain what the partnership would entail. Not long after the Watch launches, you’ll see Starwood announce that hotel guests can check in and enter their rooms using the Watch.

It’s likely that gyms, airports, cars, homes, and hotels are just the beginning.

Does any of this sound futuristic to you? It shouldn’t. In all the use cases mentioned above, the technology already exists. Companies like LG, Motorola, Samsung, and Apple are just now getting experience building the devices.

Think of it. Just a few months from now, we’ll be seeing people walking around wearing the Apple Watch. It may be true that, to start with, the Apple Watch will primarily be a kind of status symbol, a fashion statement, or a badge for the Apple faithful.

But the device will move gradually into the culture. Over the next couple of years, as smartwatches learn more and more tricks, our smartphones might begin to fade into the background.