Every now and then, amidst the constant onslaught of pitches for “the next big” photo-sharing app, one surfaces that could actually gain some traction.

Shuttersong has raised a total of $1.675 million in seed funding for its app that embeds music and sound into JPEG images.

Users take photos in the Shuttersong app and either capture sounds using their phone or take music and sound effects from a music library. You can also add sound to existing photos or images from the web and share them with friends.

Founder and CEO William Agush said that Shuttersong is creating an “entirely new medium for expression.” 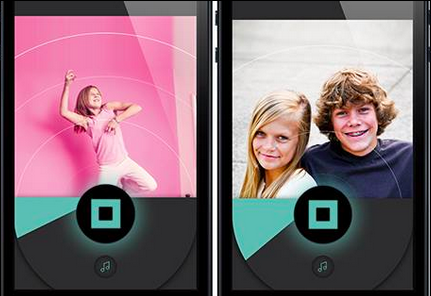 Social and mobile technology have created a world where people are constantly creating and sharing photos and videos, and startups that provide new ways for them to do this can attract a lot of attention (and dollars).

500 million photos are uploaded every day. In her annual State of the Internet report, Mary Meeker said photo-sharing is experiencing explosive growth and identified sound as an “emerging” trend. Photo-sharing apps tend to go one of two ways — they gain millions upon millions of users and soar past billion dollar valuations, or they die quiet deaths.

Photo-sharing app Instagram famously sold to Facebook for $1 billion and has over 150 million users. Self-destructing photo-messaging app Snapchat is rumored to be worth $4 billion, and its users send upwards of 200 million messages a day.

Shuttersong aims to join the ranks of these success stories by letting users combine photos and sound into little, shareable expressions of your personality, taste, and life.

Background music makes sense for video, but I wasn’t immediately sure if it did for photos. Videos have a temporal element — time passes as the visual and audio content progresses. It’s not quite the same with still photos.

Then I saw a photo of a newborn baby accompanied by the sound of it cooing, and a group of friends sending a photo with an audio message with “I miss you” embedded into it, and I got it.

Agush said Shuttersong is meant to be a simpler way than video to combine sound and image and evoke emotion.

“Unlike new video apps, consumers already know how to take a picture. Adding sound to a known behavior is what makes Shuttersong compelling,” he said. “There’s no learning curve for consumers. Marketers and brands are flush with digital content that sound can transform.”

People can share their Shuttersongs on Facebook, Twitter, Tumblr, SMS, and email. Shuttersong is currently working with brands and digital marketing agencies on partnerships to create new social advertising campaigns.

Angel investors contributed to this round for the Boston-based startup. That funding will support development of the Android version and the forming of partnerships.

Agush spent his career in business-to-business marketing. He found the inspiration for Shuttersong while cleaning out his office last year, when he found an old photo of his son in one of those talking photo frames. He pressed play and heard his son’s voice from 18 years ago, and saw an opportunity to bring that experience to mobile devices.