(The Bridge) – A product that might completely change the way we have fun outdoors has come onto the scene. The Bonx wearable transceiver started its crowdfunding campaign in October and will be ending soon, a huge success, having raised over $180,000 surpassing their initial funding target of about $8,000 (1 million yen) in about 40 days.

Worn on one ear, Bonx is set up to work as a Bluetooth earphone connected to a dedicated smartphone app. The device was designed to allow users to be able to smoothly communicate with their friends nearby while skiing, snowboarding, or doing some other kind of outdoor activities.

It may be difficult to imagine for people who aren’t into outdoor sports, said Takahiro Miyasaka, CEO of Chikei, the startup behind Bonx, but “until now there were a lot of different difficulties involved in communicating with your friends while doing outdoor activities.” These days it’s possible to get a cellphone signal even in the mountains and other remote places, but, as Miyasaka explains, it was always a pain to have to take your phone out of a pocket and take off your gloves just to talk with your buddies, and it was never possible to smoothly stay in contact.

Being a long time snowboarder involved with an NPO that teaches kids how to snowboard, Miyasaka felt there was something lacking when just to communicate with the kids he had to have everyone stop and convene every time. “I thought, wouldn’t it be nice if we could have real-time communication for outdoor activities,” and that was the start of the idea the led to Bonx’s development. The concept of Bonx could even be called the GoPro of communication.

One characteristic of the dedicated smartphone app connected product, is the ability to transmit data between the hardware and the app over both Bluetooth and BLE (Bluetooth Low Energy). The surrounding area is scanned for people with Bluetooth and those people are displayed in the app, then a group can be created for the people near you. After that you will be able to talk to the members of your group by pushing the button on the Bonx hardware. The hardware is also equipped with a hands-free mode which begins transmission automatically when the user’s voice is detected.

One thing that leaves a strong impression is Bonx’s user interface (UI), which reflects the needs of long-time outdoor activity enthusiasts with its simplicity. The device is tailored for its users, with just two main buttons, one big and one small, which can be easily pushed while wearing gloves, and an app with a simple UI designed to be used on location. Furthermore, the hardware is set up to only transmit data when speaking to conserve battery life, and in locations where signal is weak, the device will temporarily save voice messages until the signal is restored before sending. This device has been uniquely developed using voice recognition technology and their patent-pending voice data transmission system to handle use even in harsh conditions such as excessive noise or signal interruption. 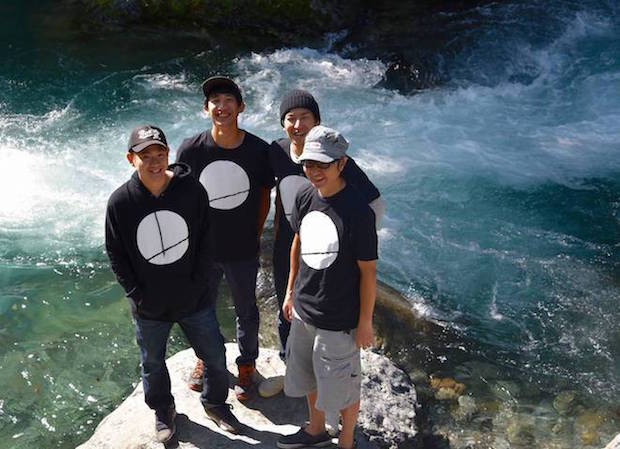 Chikei has brought this product forward with about one year of development. To start they will be focusing on the Japanese and American markets, looking to continue expansion into the global market in the future. Additionally they are considering future collaborations with other companies to further increase Bonx’s features.

Of course by combining the outdoor sports market with the commercial transceiver market, the breadth of potential markets to reach is quite large. We’re very much looking forward to seeing how this product and business progress.