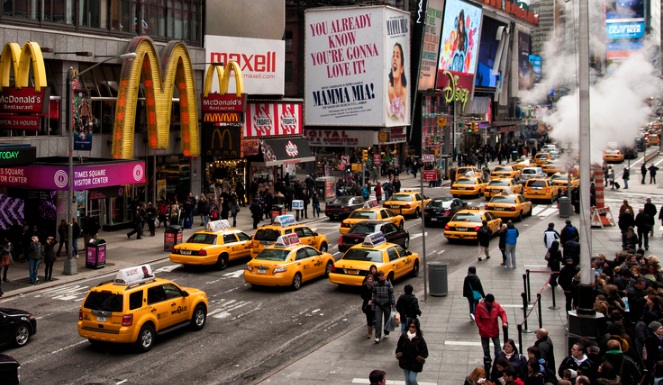 Ready to get hip to today’s mobile times, the New York City Taxi and Limousine Commission (TLC) today proposed regulations that would finally allow app makers to legally operate electronic taxi hail and payment systems in the city. If passed, the rules could do away with the ongoing tension between the TLC and avant garde San Francisco-based startup Uber.

Uber is a startup that promotes the use of mobile apps to book and pay for black car, cab, and hybrid rides in urban cities. The company was forced to shutter its e-hail taxi service in New York after run-ins with the TLC. Long story short, Uber launched without the blessing of the TLC, and the TLC, which has said it was moving toward rule changes, wasn’t ready to give the company a free pass.

But the TLC would like you to know that it has decided to catch up to technology — and to the people who want to use e-hail apps. A TLC press release cited a survey that found 70 percent of respondents have smartphones and 55 percent want the ability to e-hail and pay through smartphones.

“Taxi passengers should be able to use the most up-to-date technology available to find a cab faster,” TLC Commissioner David Yassky said in a statement. “We welcome feedback from the taxi and car service industries on how taxi-hail apps can best supplement the existing service models so that we can finalize these rules and get apps on passengers’ smartphones by early next year.”

The rule changes would allow developers to market e-hail apps and allow licensed drivers to use them, as long as the applications in question are licensed by the TLC. One interesting condition, however, is that e-hail apps would not be allowed for airport pick-ups or rides from Penn and Grand Central stations due to perceived queue complications.

Several payments-related clauses also don’t mesh with Uber’s current billing system or process for automatically applying gratuities. Should Uber wish to comply with the new rules, the startup would need to break out exact charges for service fees, fares, and tips. Uber has not historically revealed this information. The company would also have to make tipping optional.

The proposed rules will be a topic for discussion at a November 29 hearing. The Commission, which is currently accepting comments from the general public, will then vote on the suggested rules during a December 13 meeting. Consumers could, if all goes well, be back to e-hailing cabs in the Big Apple by early 2013.