Tomorrow could almost be the collision of the tablet titans, as Apple will be unveiling new models, Nokia will be launching a tablet in Abu Dhabi (because those Abu Dhabians are massive tablet buyers), and Microsoft’s new Surface tablet will start shipping.

Except that two of the three mentioned above are tablet pygmies.

Apple, on the other hand, owns the lion’s share of the global tablet market, although nowhere near its once-massive share, and it will be unveiling at least two and most likely four or five little goodies for technology lovers everywhere. 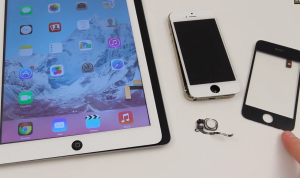 First, of course, there will be a new iPad. It will be smaller, thinner, and almost certainly have Apple’s new 64-bit A7 chip, and it might just have a TouchID fingerprint sensor as well. (My bet is yes: It’s a perfect way for enterprises to secure their secrets, and Apple is going all enterprise lately.)

But, the question all the Kardashians are asking simultaneously: Will it come in gold?

I’m not sure, but space gray — AKA, charcoal — seems to be a lock. Look for more RAM too. 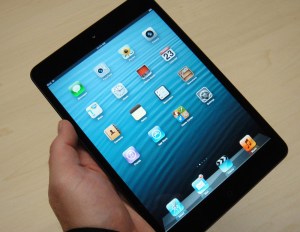 Above: The iPad Mini

Apple will also almost certainly unveil a new iPad mini, which may not get much Mini-er, but is at least 50 percent likely to come with far more pixels than before, with what Apple calls a Retina display.

There have been production problems, but at least one analyst thinks the retina mini is a lock:

“Our checks indicate that the Mini Retina is having production issues, but [we] think Apple is more likely to launch in CQ4 with fewer units than delay it to CQ1,” Peter Misek said last week in a research note.

Prices will likely remain high, however, at $329 for the low-end model. 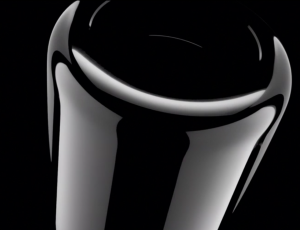 Above: Black lipstick, anyone?

In June of this year at WWDC, Apple teased a new Mac Pro — the first in literally years.

It will have seven teraflops of computer power, almost a mini-supercomputer of a decade ago, support up to three 4K displays, have 2.5 times faster Flash memory, sport Thunderbolt 2 for 20Gbps throughput, come standard with dual AMD FirePro graphics cards, incorporate the fastest RAM available, and Intel’s new up-to-12-core Xeon chips.

And, Apple’s running out of time in 2013 to announce it formally and unveil the actual product … so I’m guessing its might make an appearance tomorrow.

And one more thing?

One very real question is whether Apple will ever reprise founder Steve Jobs most famous line: “oh, and one more thing.”

If so, it might be a smart cover for iPad that incorporates a keyboard — yes, sort of like a Microsoft Surface.