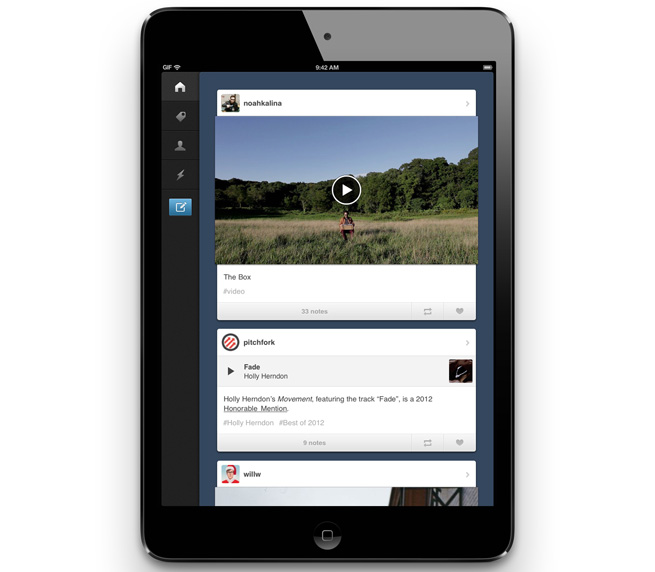 Popular blogging service Tumblr has finally updated its native iOS app to support the iPad and iPad mini — a long waited moment for the millions of Tumblr fans around the world.

Tumblr released a completely rebuilt iPhone app in early November that was faster and more responsive than the old version. Like the iPhone version, the native iPad app is fast and includes features such as pinch and zoom to make photos larger, one-touch re-blogging of posts, offline support, multi-blog management, save drafts, queue posts, and more.

Since the iPad and iPad mini are well-suited for consuming content, we expect it will be good for Tumblr, which heavily relies on photo and video sharing. It’s likely better than the iPhone app for many of things you’d want to use Tumblr for.

If you’re a regular Tumblr user, let us know about your exprience with the new iPad app in the comments below.