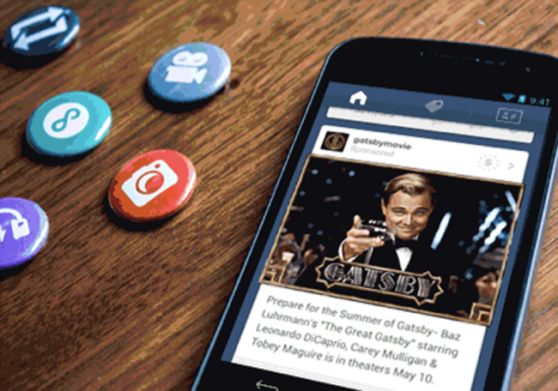 Tumblr is a great platform for “curating” blogs of sad desk lunches, but it hasn’t exactly blown anyone away, profit-wise.

To help fix that not-at-all-insignificant problem, Tumblr is launching its new mobile ad platform, which will allow brands to advertise their wares from within Tumblr’s mobile apps.

The effort, which is an offshoot  of Tumblr’s existing Radar ad platform, will be joined initially by brands like GE, Warner Bros. and ABC. Similar to Facebook’s sponsored ads, Tumblr’s mobile ads will be clearly marked as sponsored and users will only see four of them per day. (Thank goodness for that.)

The key thing to note here, though, is how Tumblr is presenting the ads: Realizing that the most effective advertisements are those that are hardly distinguishable from the content that surrounds them, Tumblr’s mobile ads look just like Tumblr posts. This means that users can like and share them as if they were regular Tumblr content, which should, in theory, help them spread.

The move comes as Tumblr’s mobile user numbers are starting to near those if its web offering — which makes mobile advertising an important endeavor indeed.

All of  this advertising is meant to bring Tumblr towards a singular key goal: Turning a profit. And it’s a long time coming. “We expect that the monetization will lead us to profitability this year,” Tumblr sales head Lee Brown told Bloomberg in March.

To which the conscientious observer should reply: “It’s about time.”