Twitter is introducing a notable upgrade to its Fabric mobile app today, one that will give developers access to a host of new usage metrics.

First launched in 2014, Fabric is a mobile development toolkit that helps app developers build more stable apps and develop revenue through analyzing crashes and user sessions. It does this by combining services from Crashlytics, MoPub, and Twitter. A few months back, Twitter claimed more than two billion devices now have at least one installed app that’s tracked through Fabric.

In February, Twitter introduced Fabric mobile apps for iOS and Android, both of which offer some of the functionality available on the big-screen version of the service. And today, Twitter is turbocharging Fabric for mobile with new usage metrics, including daily active users (DAU), monthly active users (MAU), and retention rates, which let developers track the evolution of user activity over time. 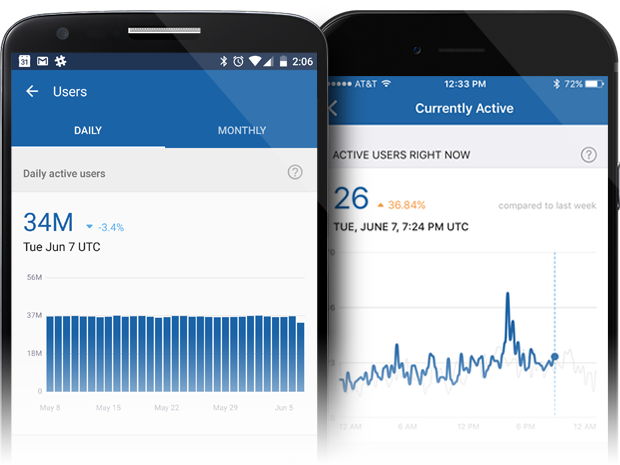 “The questions driving key product decisions are often asked in meeting rooms and hallways,” explained Twitter product manager Meekal Bajaj, in a blog post. “However, the lack of access to data in the moment means those questions are often left unresolved. This delay can impede even the best of teams from making the call on how to grow the business.”

The upshot of today’s update is that developers will no longer have to switch on their laptop to dig deeper into their numbers — they’ll be able to easily see how many new users they’re notching up on a daily or monthly basis, along with historical figures that show how an app is growing (or shrinking).