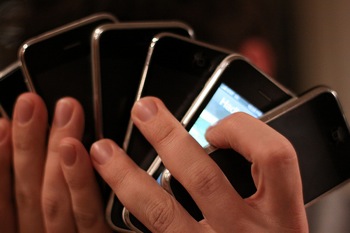 Following Apple’s iPhone 3.0 preview event on Tuesday, maybe you’re a little sick of iPhone news. Then this post is not for you.

Today brings a ton of new information, some of it more flimsy than others, but it seems pretty likely at this point that new iPhones, a new iPod touch and potentially some other products are on the way.

A file in the new iPhone 3.0 software development kit (SDK) points to two new iPhone models and one new iPod touch model, a developer tells Ars Technica. Specifically, there are references to an iPhone2,1, iPhone3,1 and iPod3,1. If the iPhone2,1 reference looks familiar, it’s because its the same name that was caught in iPhone advertising and analytics company Pinch Media’s server logs in January.

The current iPhones are technically called iPhone1,1 (the original iPhone) and iPhone1,2 (the iPhone 3G) using this naming model. Likewise, the first two generations of iPod touches are iPod1,1 and iPod2,1. What’s perhaps even more interesting is that while an iPod3,1 would seem to be a standard third version of the iPod touch, the fact that there are two new numbers for the iPhone suggests the line may split in two. Currently, while iPhones come in two different storage capacities, who both fall under the iPhone1,2 moniker.

Boy Genius Report further fleshes out these device IDs to show that the iPhone2,1 and the other new IDs continue along the chronological path of previous devices. For example, the iPhone 3G has a listing of 0x1292, while the second generation iPod touch is 0x1293. In the code, the iPhone2,1 is 0x1294, and so on.

Also interesting is that two other new products appear in these listings. There is something known as the “iProd,” which is listed as iProd0,1 and something else called “iFPGA.” It’s not clear what those may be. 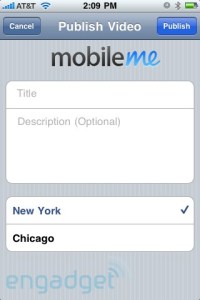 After the iPhone 3.0 preview event, I speculated that the new firmware may include video capture capabilities that so many desire. While digging through the 3.0 beta build, Engadget Mobile found a screen that seems to back up that idea. Engadget seems to think it’s a typo, but MacRumors isn’t so sure and instead thinks the next generation iPhone will have such capabilities.

And if all that wasn’t enough, another report today by Smarthouse claims that new iPhones and iPod touches are coming with OLEDs. OLED, or “organic light-emitted diode” is a display technology that could greatly improve the devices as it doesn’t require backlighting and so would draw much less power. The report cites a source who claims that Apple is using LG OLEDs in its new products.

Oh, and one more thing: The same report claims OLEDs will be used in Apple’s new notebooks as well, which, yes, are once again rumored to involve a touchscreen. And LG is supposedly working on some way to eliminate fingerprints on such products.

These new device IDs seem to be a pretty solid indication of new hardware coming shortly. The June time-frame is usually when Apple refreshes its iPhone line, so this year’s WWDC event is obviously worth watching closely. The other stuff is simply fun rumor at this point.