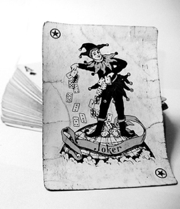 We’re now two weeks away from Apple chief executive Steve Jobs taking the stage at the company’s Worldwide Developers Conference (WWDC) to give the keynote address. It’s pretty well accepted that the big announcement at the event will be the launch of the 3G iPhone, but Jobs does love his wild cards — could there be something else in the works as well?

An event with a 3G iPhone and the launch of the 2.0 software for the device wouldn’t need anything else — I foresee a lot of talk about amazing native applications built with the software development kit (SDK) — but if Jobs really wanted to make jaws drop, here are a few possibilities:

A smaller, cheaper second version of the iPhone. Think of this as perhaps an “iPhone Nano.” There is a lot of speculation that AT&T may subsidize the new 3G iPhone all the way down to $199 — but most analysts and experts are in agreement that it really doesn’t need to; the thing will sell like hot cakes even at $399. There are also some interesting questions this raises. Such as, if the sign-up process is once again online through iTunes, will users be getting $200 rebates after the fact?

Instead, what if Apple had a second version of the phone it intended to sell at the lower price point? Maybe this version would be a bit smaller than the current one and would lack some of the functionality, such as video streaming (if that is included in the 3G iPhone). This talk of a cheaper, smaller version of the iPhone has been around for about a year now, but nothing has come of it — yet. 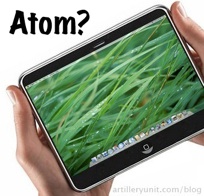 A tablet Mac or new version of the Newton PDA device. While there are multiple rumors that Apple is working on such a device, a launch alongside the 3G iPhone is probably very unlikely. Still, imagine a larger version of the iPhone that was a full-powered computer. Maybe it has a 3G chip built in as well, but also has USB ports and even more advanced multi-touch capabilities. Some are betting on a launch of such a device this fall, others say 2009, but wouldn’t this just make a killer “One more thing…”?

Would anyone still want a Kindle? What about an Ultra-mobile PC (UMPC)? Did anyone want one of those to begin with?

A new Apple TV. While the Apple TV got a software upgrade and price cut at MacWorld in January, the box itself didn’t actually change. With increased pressure from the likes of Netflix and its Roku-built set-top box, this could change.

Apple hasn’t significantly updated the Mac Mini in years. (I would even say that it has never gotten a significant upgrade since its launch over three years ago.) What if Apple merged the Apple TV and the Mac Mini for the ultimate living room device?

Full computing capabilities, an optical drive, the ability to act as a digital video recorder (DVR) — yeah, I’d buy one in a second.

A revamped iTunes. While most people will focus on new gadgets, Apple is said to be working with the record labels on some new deals that could alter the iTunes store. Certainly the ability to buy music and ringtones any time and any place on the 3G network seems like a no-brainer. But what if Apple goes really wild and launches a subscription-based version of iTunes?

Apple is falling behind other services in terms of its DRM-free music availability, quality and its pricing isn’t even the best at all times anymore. This, combined with all the pressure it’s getting from rivals for its video content on iTunes (see above with the Apple TV), means iTunes itself could be in for a major shakeup soon.

If you think Apple won’t mess with something that is still working so well, note that it stopped making its best-selling iPod, the Mini, when it was still the king to launch the iPod Nano.

A revamped .Mac service. Apple tries hard to sell its .Mac online syncing service whenever you buy a new computer, but most people simply don’t need to pay $99 a year when there are plenty of free options that do the same things — though a little less conveniently. There has been talk for a while that Apple would need to make .Mac more meaningful, and full integration with the iPhone at a much lower price point could certainly help that.

New MacBooks. Piper Jaffray analyst Gene Munster believes Apple will use the WWDC to launch some newly designed MacBooks as well. Other whispers are starting to circulate that Apple could completely revamp the product this fall, so an update at WWDC could just be an incremental one — if it happens at all. We previously wrote a bit about Munster’s comments here.

iPhone to China. This wouldn’t be huge news to many people in the WWDC audience — unless they were financial analysts. It’s no secret that Apple wants to get its device into the massive Chinese market. Recent news of the Chinese government’s overhaul of the telecomm industry could finally open the door. Forget the 3G iPhone, if Jobs announced a deal to get the iPhone to China at the WWDC, the company’s stock price could soar through the roof.

Some of these options are more likely than others, but all are far from sure-bets. They’re wild cards, plain and simple. Given Jobs’ penchant for mesmerizing people with one product and then tossing in another one from left field, you never know what you’ll see at an Apple event. In two weeks we’ll know for sure.