Uber is testing out a new way to help people get to work while reducing the number of cars on the road. The company announced the debut of two pilot programs called uberHOP and uberCOMMUTE, which will be available in Seattle and Chicago respectively, that build on top of the progress it’s made with uberPOOL. The main difference between these two services is that one is targeted towards the rider while the other is for the driver.

In a blog post, Uber said that uberPOOL makes up “nearly half of our trips” in San Francisco, and in the first eight months of operations in Los Angeles, the program “cut the number of miles driven across town by 7.9 million and prevented carbon dioxide pollution by 1,400 metric tons.”

Starting December 10, uberHOP will be activated in Seattle, and users can opt to request a ride along a select number of routes during commuting hours. Just like an uberPOOL, the app will pair you with the driver as well as other people traveling in the same direction. However, the difference is that instead of the car coming to you, all the passengers will be meeting at a centralized place, and the car just picks up one time and will drop everyone off at the most convenient place. 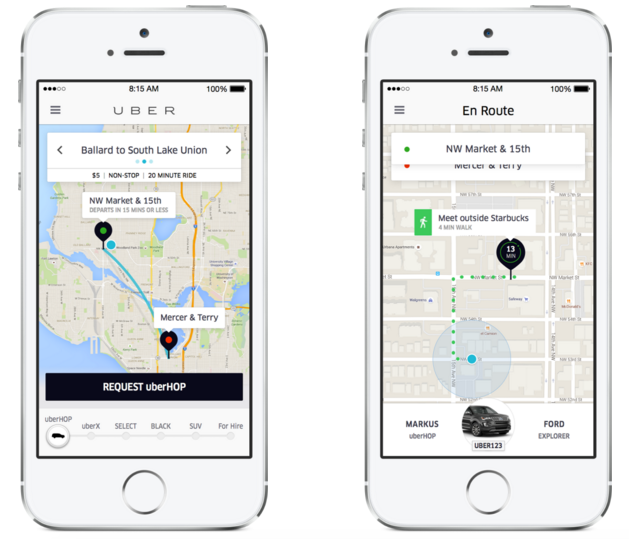 With uberCOMMUTE, drivers will be able to share their commute while also benefiting by reducing the cost of their trip. This is being tested out in Chicago and surrounding areas Mondays through Fridays from 6 a.m. to 10 p.m.

If you’re interested in sharing your commute into the city or wherever, you can sign up to become an Uber driver and enter the company’s vetting process. When you’re going to work and want to share the ride, just enable the app and Uber will match you with people going the same way. Passengers will utilize uberPOOL to summon a ride.

uberCOMMUTE is geared toward people who just want to monetize their drive to work, not be a regular Uber driver.

The company explains that Chicago was chosen because “we believe this pilot can help alleviate a huge problem: congestion.” The I-90 has been named the nation’s worst bottleneck, wasting an estimated 16.9 million hours of time every year. 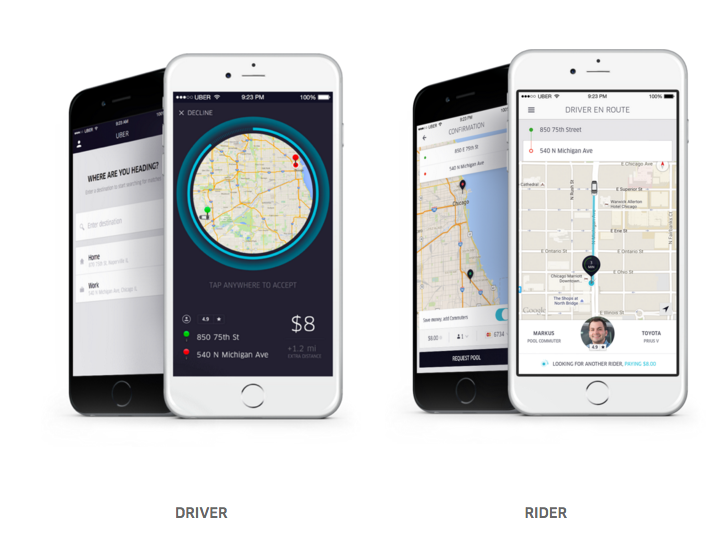 One of Uber’s missions has always been not only to help people make money off of their cars, but also to ease congestion on the roads. If you can share vehicles, that can help the environment, and everyone will likely benefit. It certainly ties into the company’s product strategy, which chief executive Travis Kalanick once described it as “convenience, affordability, and a certain amount of magic.”

Addressing commuter frustration may be welcomed by those who have a tough time getting to work due to massive crowding on public transit. Of course, people have been doing casual carpools for years now — just walk down by the Transbay Terminal in San Francisco to see people lined up waiting for people to come by and pick them up, four at a time, to commute back home every afternoon.

But instead of waiting in line and hoping for a ride, Uber wants to automate it with the press of a button.