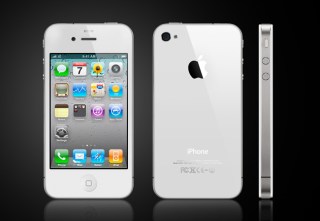 Interested parties can nab an unlocked model through the Apple website; shipments are expected to arrive in one to two weeks.

The unlocked devices are contract-free and can be supported by any GSM carrier.

Apple notes that the unlocked iPhone 4S will only work “on supported GSM networks, such as AT&T in the U.S.” or on micro-SIM cards from international GSM carriers.

“The unlocked iPhone will not work with CDMA carriers such as Verizon Wireless or Sprint,” Apple states in the unlocked device’s marketing copy.

The unlocked iPhone 4S will bring users all the features of the regular iPhone 4S, but users don’t have to enter into a contract with a mobile network or limit themselves to coverage in the United States.

In the event you’ve been under a rock for the past few weeks, the iPhone 4S is Apple’s latest consumer device, and it features Siri, the magical-when-it’s-not-broken voice control system. It also has lately featured some battery-drain issues, which Apple says should be fixed by an iOS update.