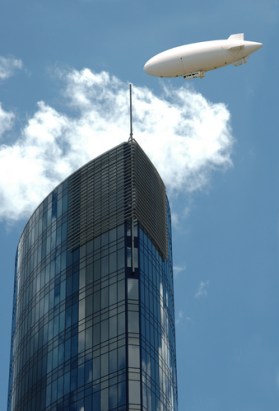 Mobile developers face a lot of challenges, but two main ones exist: getting people to download your application, and getting people to use it. Urban Airship is focused on the latter. Other than having a great app, there are different ways to engage people, and ultimately get them to execute in-app purchases, buy other apps from the same creator, and generally boost the ranking of the app itself. Urban Airship helps developers with push notifications, in-app purchases and reporting on how well these actions are performing.

“If you’re going to interrupt the user, you better have a really good reason and have something actionable,” said Urban Airship chief executive Scott Kveton in an interview with VentureBeat.

Kveton has spent his time with Urban Airship creating partnerships, performing acquisitions and making sure the products the company puts out are useful for both the developer and the user. Though, some liken push notifications, despite the fact they’ve opted to receive them, like the “pop up window of mobile.” To which, Kveton says that developer is not using the notifications in a positive, engaging way.

In terms of its investors, Urban Airship had a previously established relationship with Verizon, as the preferred developer for push notifications in the Verizon developer network,” according to Kveton. Having advice and capital from a top three mobile carrier opens even bigger door for the company, however. Indeed, this is an opportunity for Urban Airship to go hardware and have its push notifications products baked right into the handset.

“This is a great way for us to have a close relationship with Verizon and take our relationship to the next level,” said Kveton. “We’re thinking hard about when we want to dig deeper into the devices themselves.”

As far as Salesforce goes, Kveton says the company recognized Urban Airship for its established mobile cloud strategy and wanted in on the action. Urban Airship already has a plugin with Heroku and sees that as a start to furthering its own cloud initiatives. (Interested in cloud? Heroku general manger and Salesforce global Platforms teams lead Byron Sebastian will be speaking at VentureBeat’s CloudBeat conference.)

The new capital injection will be used to expand the company beyond these goals with Verizon and Salesforce, and is to be used for hiring and opening offices in Europe and Asia, along with more acquisitions.

“We wanted to take a significant round because we feel there’s a pretty unique opportunity to grab some market share right now,” said Kveton.

Until then, the two and a half year old company is busy integrating its newest acquisition, SimpleGeo, into its culture and fitting the new technology to its own.