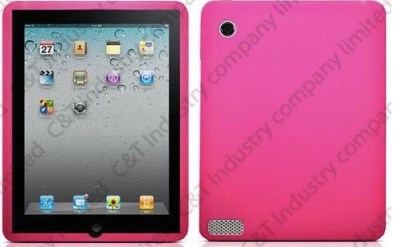 Apple still hasn’t confirmed that it’s releasing a CDMA version of the iPhone next year for Verizon’s wireless network (and other CDMA networks globally), but at this point we can rest assured that it’ll happen.

Now there’s word that Apple is also working on a CDMA version of the iPad 2 to keep the Verizon iPhone company, according to the site Digitimes.

The news makes sense given that Verizon’s current mobile internet solution for the iPad isn’t sustainable for the next year. Currently, Verizon offers a free MiFi device, which lets multiple wireless devices connect to Verizon’s network, with the purchase of an iPad.

If true, that would make three versions of the iPad 2 from Apple for 2011 — the WiFi only and UMTS versions (which supports 3G networks like AT&T’s), together with the CDMA flavor. Digitimes reports that Apple is slated to start mass iPad 2 production in the second half of January, and it expects to ship 500,000 to 530,000 units to retail channels in that month as well. The company will ship equal amounts of the WiFi and CDMA iPad 2, and slightly more units of the UMTS version.

Sources say that about 60 to 65 percent of current iPad shipments are of the UMTS 3G variety, so it makes sense for Apple to push out slightly more units of that version. That tells us that consumers want iPads with mobile internet built-in, even if it costs significantly more than the WiFi only version.

Apple is reportedly also aiming to improve the iPad 2’s anti-smudge and anti-reflective screen features in a bid to compete with the Kindle and similar devices. Both would be welcome updates given how much of a fingerprint magnet the current iPad manages to be. Last week we also reported that the iPad 2 may get a smaller bezel and improved rear speaker, and it’s pretty much certain that it will also receive both front and rear cameras. I also expect an overall thinner and lighter design, given Apple’s tendency to slim down its products (and the iPad surely needs some weight-loss).

Digitimes’ sources estimate that Apple will ship around 40 million iPad 2s in 2011, making up around 65 to 75 percent of the tablet PC market. In comparison, Apple is expected to ship 16 million iPads in 2010 (several million of which will likely spill over into 2011 sales). In October, Apple announced that it shipped 7.5 million iPads since it launched in April.