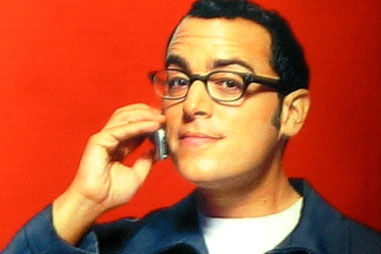 A glimpse at Verizon Wireless’s product roadmap reveals “Stingray” as a potential name for Motorola’s 10-inch tablet, some new devices, as well as the fact that the carrier doesn’t want the BlackBerry Storm 3, according to sources who tipped off Engadget.

We reported in August on Verizon’s potential Motorola tablet, but now there are even more details. The tipsters say that it’s a 10-inch device called the “Stingray” running Android 3.0 (codenamed “Gingerbread”, due for release later this year) and Nvidia’s Tegra 2 chip. It will include 16GB of storage and will be upgradable to Verizon’s upcoming 4G network built on the LTE wireless standard — although we’re not quite sure how that will happen yet. The Stingray is expected to land in early 2011.

It’s not at all surprising that Verizon may forgo the BlackBerry Storm 3. The first two Storms were ill-fated attempts at bringing iPhone-like touchscreen devices to the BlackBerry family. Given what we know of the Storm 3, it doesn’t appear to be much different from its predecessor. Verizon’s potential rejection of the device doesn’t exclude other carriers from adopting it, so the Storm’s handful of fans could fulfill their curious desires elsewhere.

In other news revealed by the tipsters, Samsung’s dual-screen Continuum Android phone may hit Verizon in October, and it may be accompanied by Motorola’s Venus — an Android phone with a full keyboard below the screen (like the Palm Pre or BlackBerry Torch) — and HTC’s Merge Android phone. There’s also word that Verizon’s FiveSpot global hotspot will launch on October 7, and that the carrier will bring out LTE modems from LG, Pantech, and Novatel in November. An LTE-capable Wi-Fi router under the MiFi brand is expected some time afterwards.