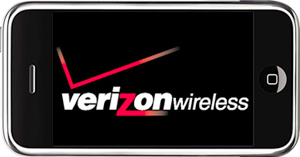 The fear mongering about the death of unlimited data plans can finally come to a close — Verizon today announced that it is going to keep its unlimited data plan option at $30 per month, but is introducing a smaller capped plan for $15 a month.

Verizon’s new plan is a jab at rival AT&T, the sole carrier for Apple’s iPhone that killed off its unlimited data plan for new customers in favor of a 2 gigabyte-per-month plan. Verizon’s bite-sized plan caps data usage at 150MB per month.

Rumors suggest Verizon is finally getting the iPhone early next year. It isn’t clear whether Verizon can handle the large number of users consuming lots of data, as its network is currently optimized for either voice or data transmission — not both simultaneously, like other networks. Verizon recently began offering a limited data plan for iPad users on its MiFi wireless hotspot network.

AT&T unceremoniously killed its unlimited data plan earlier this year after a number of complaints about its wireless network’s performance in large cities like New York and San Francisco. AT&T’s iPhone woes led to some speculation that Verizon would close the curtain on its all-you-can-eat data plan whenever it began selling the iPhone. This is either a direct challenge to AT&T, or Verizon thinking its network will not be strained by the wave of additional iPhone users.

Does this put a bullet in the head of the Verizon iPhone rumors?