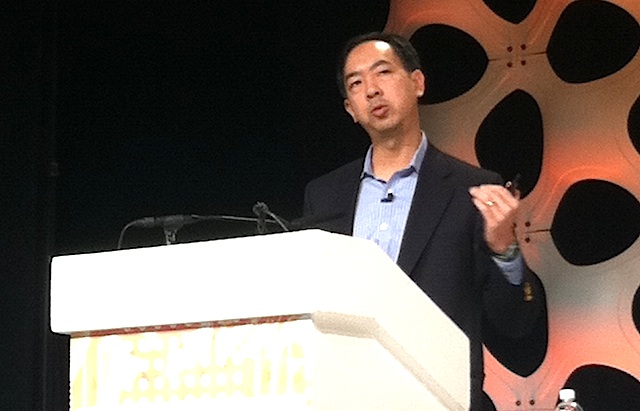 Verizon Wireless has plans to help developers, startups and other companies make the most of Near Field Communications to enable mobile payments as well as other applications.

The key is the “secure element,” a chunk of data stored on the phone that authenticates NFC transactions. Verizon plans to treat the secure element as a keychain.

“Think of the mobile phone as having 10 keys in a keychain,” said Chen.

Isis, the big multi-carrier project to build a mobile payments system, uses two of those keys, but that leaves eight virtual keys that developers could use to support various other services, not all of which have to do with payments.

For instance, a hotel chain might use an app to help customers make reservations, check in and even open the door to their hotel room, all by using their phone.

In literal terms, there are 256KB of memory in Verizon’s secure element, a piece of data that resides on the phone’s SIM card and integrates with the phone’s NFC capabilities to authorize payments and other transactions. Verizon has apportioned 128MB of that for use by Isis and will rent the rest of the memory space, which it’s divided into 8 separate authentication keys, to mobile app developers.

Given its reach as the country’s largest mobile carrier, Verizon Wireless is looking for ways to make its network more useful for innovation from startups and other companies, so Chen is focused on enabling a wide variety of apps that work with NFC.

Verizon Wireless is busy building an infrastructure called AccessID to support business-to-consumer and business-to-business solutions that run on its network.

Additionally, Chen said the company has seen a lot of success with Android, specifically with its Droid line of phones. That’s due in large part to Verizon’s massive advertising campaign focusing on making Droid look cool, powerful and accessible.

“We are not the masses, and we have to make it simple for the masses,” Chen said.