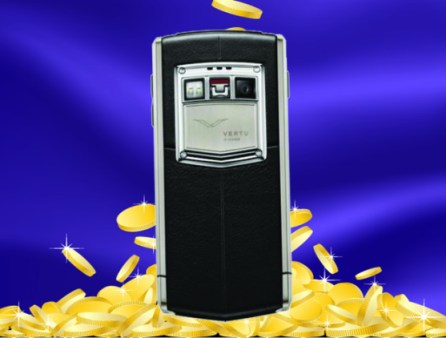 The Vertu Ti  may be tacky and absurdly expensive, but at least it’s running Android.

For roughly $10,000, wealthy and self-aggrandizing egotists will get all the luxury the Vertu brand is known for — a titanium, diamond-encrusted exterior, a sapphire display, exotic leathers — along with the comfort of  knowing they’re running the latest version of Android. 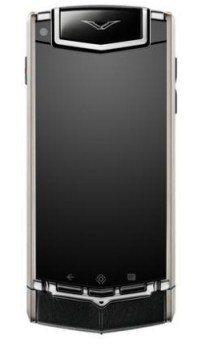 The Vertu Ti is a bit of a comeback for Vertu, which was dumped by Nokia last year for a reported $250 million. But while this phone might have something to prove, I’m not entirely sure what that is.

Just consider the device’s specifications, which aren’t any better than what you would find in your average Samsung phone. The Vertu Ti comes with a supposedly impervious 3.7-inch display, a 1.7 GHz dual-core processor, an 8-megapixel camera, and 64GB of storage.

This is one case where you don’t quite get what you pay for.

And then there’s the Android factor. Vertu says it chose Android over competitors like Windows Phone because Android comes with an established ecosystem. And every smartphone owner wants to be a part of an ecosystem.

That might seem like an obvious statement, but keep in mind that, up until last year, Vertu’s phones were still running Symbian, which Nokia more or less abandoned in 2011. Staying up-to-date isn’t something that Vertu goes out of its way to do. And it’s proud of that.

“Vertu will never be at the bleeding edge of technology. It has to be about relevant technology and craftsmanship — it’s not a disposable product,” Vertu CEO Perry Oosting told the BBC.

Just think about that the next time you complain about the state of Android updates. Vertu owners have it so much worse.