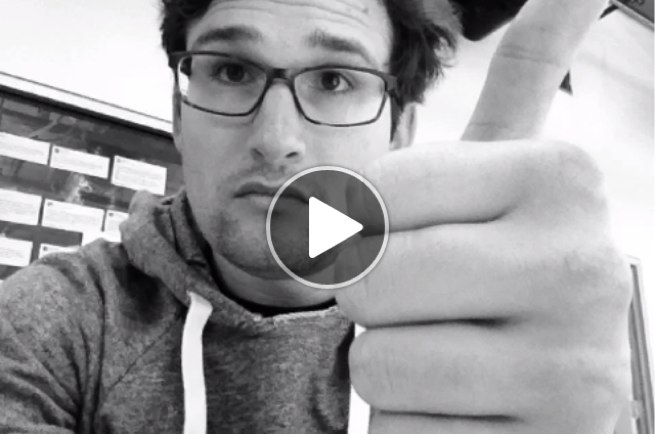 Hang on to your seats, kids. An application for shooting and sharing pretty little videos is rocketing through Facebook and picking up new users at whirlwind speed.

“Following the launch of Viddy’s Facebook Timeline app two months ago, we have seen significant growth in web-based usership, and just yesterday [we] surpassed 300,000 sign-ups in less than a 24-hour period, a new record on our one-year anniversary,” co-founder and CEO Brett O’Brien told VentureBeat.

“Just over a year ago we saw a huge opportunity to help people create, edit, and share videos using the capabilities of smartphones,” O’Brien said. “Then the success of Instagram really got a lot of people thinking about how they could not just make photos more beautiful, but video too. This is how a lot of people found Viddy, we were already there when Instagram really took off.”

But as sexy and sparkly as the Viddy iPhone app is, it owes much of its newfound success to Facebook. The startup enmeshed itself within Facebook’s Open Graph platform two months ago, fully integrating its app with Timeline and Ticker to allow for more seamless sharing, and it’s come out a big winner.

More than 1.7 million people have navigated over from the social network to join Viddy since February, and the startup is now signing up an average of 150,000 new users per day. It has also tabulated well over 15 million interactions with Viddy content on Facebook for the same period.

You’ve heard variations of this “Timeline bump” story before. Viddy joins a smattering of startups and app makers who have seen remarkable — dare I say, mind-blowing — returns following their integration with Facebook’s Open Graph.

In February, one-year-old Viddy closed a $6 million round of funding for a total of $8.2 million to date. From the looks of things, it was money well spent.