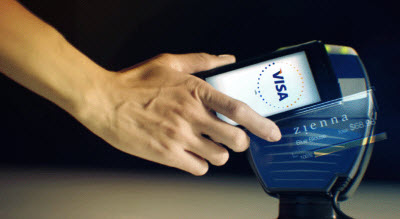 Joining the race to integrate physical and digital payment services, Visa announced today its next-generation payment service, which will reach out to new users who don’t have traditional credit cards.

The new payment system tries to replicate in the digital world what Visa has created at cash register checkout counters: ease of payment, fast transactions, and security. The idea is to increase online commerce by making it much easier to complete transactions.

The platform will help Visa compete with rival credit card firms such as American Express, which unwrapped an extensive digital payments system in March. But Visa’s offering won’t be ready until the fall in the U.S. and Canada. 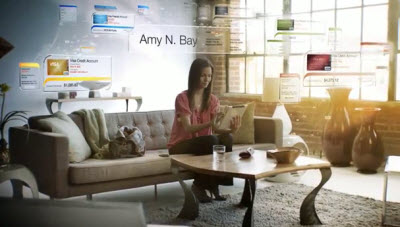 The move is a validation of the digital economy, as Visa processes about 20,000 transaction messages a second. Jennifer Schulz, head of innovation for Visa, said in an interview that the shift to digital media and social networking is driving this change, which Visa has been working on for more than two years. The move gets Visa ready for the age of smartphones, laptops, and tablets.

“Our underlying goal is to drive the use of digital currency and penetrate into the world beyond cash and checks,” Schulz said. “We are announcing an evolution of the payment infrastructure so consumers can have the same security and convenience as they do in the physical world when they go online. And we will also support making payments with phones later.”

To get ready for this, Visa bought virtual goods transaction firm PlaySpan for $190 million in February. New offerings include a secure “cross-channel digital wallet and customized mobile payment services for different regions in the world. The technology should prove a boon to online merchants, from game publishers to social app makers.

“The best kept secret is that Visa is a technology company itself,” Schulz said.

Of course, rivals such as PayPal are more advanced on the digital front. PayPal, which was started 12 years ago, reaches more than 98 million people with its digital wallet, and it has offered mobile payments since 2006. That mobile business will generate $2 billion in revenues this year. PayPal has enabled micropayments for digital goods since 2005.

The company says that shoppers often abandon their online shopping carts out of frustration with payment systems. Visa is working with merchants, consumers and financial institutions to make the system work better, said Joseph Saunders, chief executive of Visa. 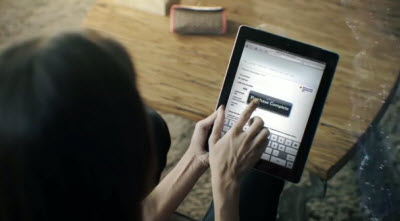 In some countries with advanced payment infrastructure and internet usage, Visa will introduce its digital wallet and services platform, storing Visa and non-Visa payment accounts. It will support near-field communications payments through the Visa payWave application (pictured above) where you can pay for an item with a mobile phone by holding it up to an NFC scanner. It will also support e-commerce, mobile commerce, micropayments, social networks, and person-to-person payments.

Schulz said that retailers will have a click-to-buy capability. To do that now, you have to type in a lot of personal data first. Visa will simplify that, allowing that data to be stored within its data centers. So you can buy something simply by entering an email address, alias, or online identification and password, rather than re-typing your credit card number and other information. At the same time, Visa will explore the use of dynamic authentication technologies that don’t get in the way of convenience while still bringing improved security.

Schulz said rivals are requiring consumers to do things such as set up a new financial account rather than use an existing one. She said that others also require merchants to redirect consumers to other branded sites. Those represent some obstacles to convenience, she said.

The PlaySpan acquisition was important for the support of online games and the purchase of items such as more tanks in a war game.

“When you are in a battle, the last thing you want to do is type in all of this information in order to make a payment for your tanks,” Schulz said.

Other recent acquisitions supporting the technology are CyberSource and Authorize.net.

Users will be able to set their preferences for how their digital wallets will work, allowing subdivisions for multiple family members, control of privacy settings, and transfer of funds between accounts. The user can determine which accounts can be accessed by which types of merchants. You can pay online, get a mobile phone coupon at the point of sale, and get security alerts on your smartphone.

Twelve months ago, Visa would have predicted NFC would take seven to ten years to happen, Schulz said. But so many supporters among merchants and device makers have come forward this year that NFC’s arrival has been greatly accelerated, Schulz said. You can, for instance, add a special microSD card or SIM card to an existing phone and make it into an NFC-capable phone. Visa says that the use of NFC could allow faster penetration of emerging markets such as Russia and India. Here’s a video explaining Visa’s view of digital wallets.