As we increasingly communicate with each other over tools like Slack, GitHub, and HipChat, there’s a growing need for specialization, especially for those who work with lots of moving parts, like designers. Chris Kalani discovered this while working as an early product designer at Facebook, and he went on to create Wake, which is geared toward the visual medium and enables feedback about new products during the design phase.

The company, which launched last year, is now launching Wake Spaces, a tool that offers greater collaboration controls for enterprise teams — those with more than 200 people. It features bucketed areas for multiple teams within a single account and offers status tracking for projects, visibility controls, and improved organization.

“What we’ve found as we’ve grown is that people are sharing a ton on Wake every day,” Kalani said. “It was time to add some lightweight organization to help designers streamline their workflow.” Available today, Wake Spaces offers some structures that enterprise design teams may be accustomed to. Kalani shared that some companies having been creating multiple accounts for different buckets and teams, something done to avoid mixing workflows. With bucketed area support, all teams can be organized under a single account — by department, project, or any other designation — while still being able to see what others are doing. 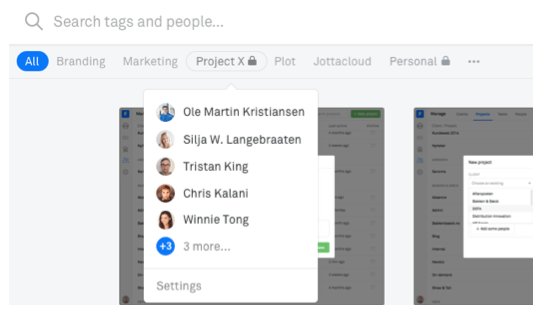 The addition of project status tracking offers some striking similarities to what you’d find on a project management solution. It provides the means to track progress visually by simply tagging work as “ideas,” “in progress,” “specs,” and “final work.” Specific bucketed areas can also be labeled as private, restricting access to limited members of the team. 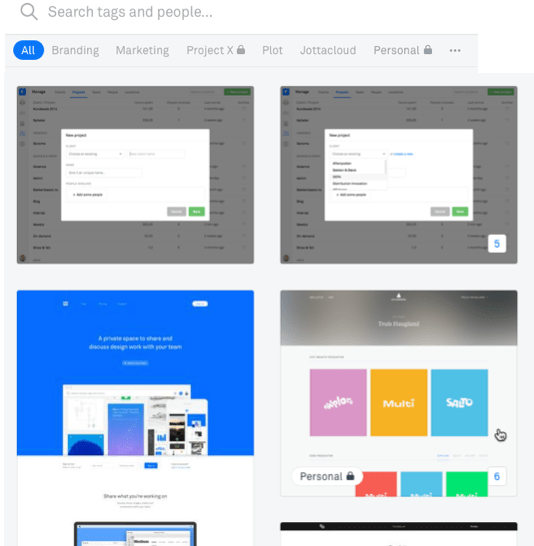 Wake is already integrated with Sketch, Adobe Photoshop, and Adobe Illustrator. With a keyboard shortcut, files can be imported into the cloud and stored in a repository where others can view them and provide feedback. For some, the workflow might entail having to save a file from Photoshop or Illustrator, upload it to Dropbox, Box, or Google Drive, and then share it on GitHub, Slack, or HipChat. The number of steps makes collaboration complicated, and with such high barriers to sharing, Kalani said people simply avoid doing so.

The new tools are about adding transparency to the design process, we’re told. “In the movement with design right now, a lot of what [designers] are fighting for is trying to show what design actually has on the company. Wake is bringing a lot of the nitty gritty up so everyone can see what’s going on and get feedback earlier,” Kalani explained.

Design is an area that’s getting a lot of attention within companies, as highlighted in this year’s Design in Tech report from Kleiner Perkins’ partner John Maeda. But instead of asking designers to operate in a vacuum, there needs to be a service that streamlines the communication and eliminates many of the logistical issues.

The idea behind Wake isn’t new — others in the space include Dribble, and even file management provider Hightail’s Spaces, which launched in October. But it doesn’t look like Wake is short of customers, as companies like Evernote, Facebook, Netflix, Zendesk, and Capital One use its service.

To date, Wake has raised $3.8 million in funding from investors like Designer Fund, First Round, Slow Ventures, and a few angel investors.