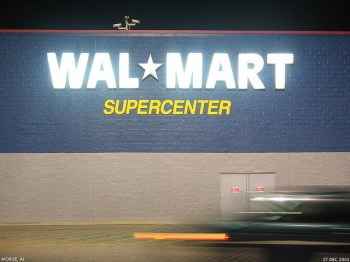 The group responsible for bringing multinational retail corporation Wal-Mart into the era of mobile and social commerce has just expanded. WalmartLabs, the retail giant’s eight month-old social and mobile product incubator, has acquired Small Society to help improve customers’ mobile experiences, the group announced Wednesday. Terms of the deal were not disclosed.

Small Society is behind several recognizable customer-centric applications for iPhone for brands such as Starbucks, Zipcar and Whole Foods.

“We believe that mobile can have an impact on every part of the shopping experience for Walmart customers, whether in-store or online,” WalmartLabs head Anand Rajaraman explained in a blog post detailing the reasons behind the acquisition. “We’re very excited to have such talented new team members to help us make that impact.”

The Small Society team will join WalmartLab’s satellite office in Portland and work closely with the rest of group, roughly 80 people in total, based in San Bruno, Calif.

The acquisition is part of a continued push by Wal-Mart and its incubator arm to develop cutting edge e-commerce products. “We’re going through an inflection point in e-commerce because of two major trends: social and mobile,” Rajaraman previously told VentureBeat. “The whole of commerce is going to change, so the mission of WalmartLabs is to help reinvent the future and make sure that Wal-Mart is at the forefront.”