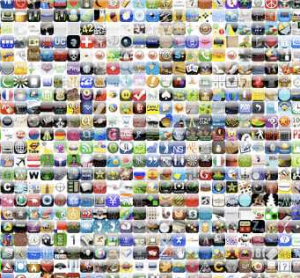 While RIM, Microsoft and Palm ready their mobile app stores for release this year, the one that inspired them all — Apple’s App Store — continues to chug along at an impressive pace. The store now features more than 25,000 applications, according to numbers from 148Apps. And after hitting 20,000 just a few weeks ago, the addition rate seems to still be accelerating, as Apple 2.0 points out.

I’m more interested in the monetary aspect of these huge numbers. For example, if you tried to buy every app in the App Store at once, it would cost you $71,442.69, according to 148apps’ numbers.

The most popular price? While you might assume it would be free, it’s actually $0.99 — by a long shot. 10,274 apps cost $0.99 versus 6,044 that are free. The next closest is of course $1.99, the cost of 3,302 apps. That’s interesting in light of the news that RIM’s BlackBerry App World will have a minimum price set at $2.99 for apps (though there will be free ones). As I’ve talked about before, that could limit the crap applications, but will also undoubtedly limit the potential popularity of the store.

As I predicted several months ago, $9.99 app are holding their own. It’s currently the sixth most popular price point, with over 700 apps.

The most popular category by far is “games” with 5,263 apps, followed by “entertainment” with 3,497 apps. But the third most popular category may surprise you a bit: Books. Yes, there are over 2,405 book apps in the App Store, a figure that is in line with recent reports of surging popularity, also reflected in Amazon’s decision to release a Kindle app for the iPhone.

Apple, for whatever reason, didn’t acknowledge its 20,000 app milestone last month, after making a big to-do about 15,000 apps (though, that benchmark was also timed with 500 million app downloads).

It should be noted that the App Store may not officially have the 25,575 apps that 148apps lists right now, as that may just be the number that have been accepted since its launch (some have since been removed). For what it’s worth, AppShopper pegs the number of current apps at 23,758. But still, that’s impressive growth anyway you look at it.